Mario had his first outing of the year a couple of weeks ago when we went to the 75th Goodwood Member’s Meeting. Not working this time, Mario had a parking space at the Chicane Parking so he was part of the event and we had a ‘giant’ locker for picnic stuff, refreshments and extra layers of clothing. The event held in mid March is famous for it’s Daffodils and last year all GRRC members were sent a daffodil bulb as a mailer to grow for the meeting. We grew ours in an old Castrol Oil can and they bloomed in perfect time for the event and to be entered into the competition at the meeting. 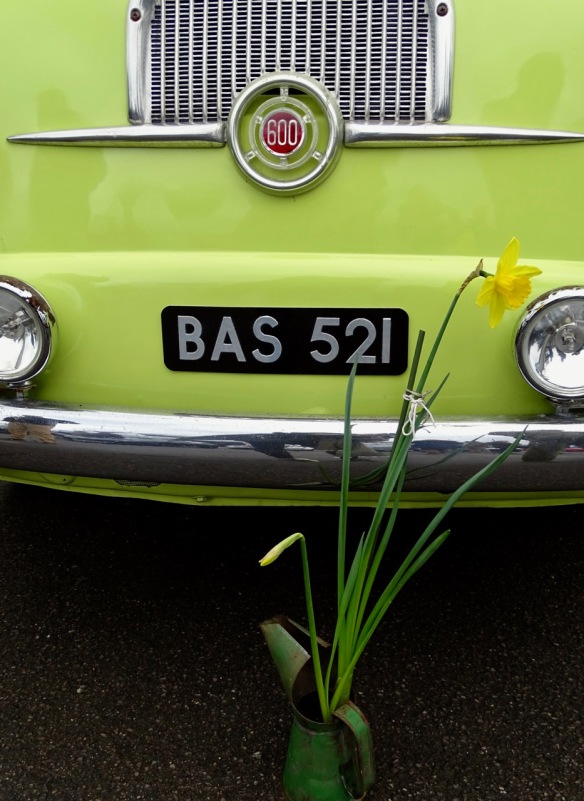 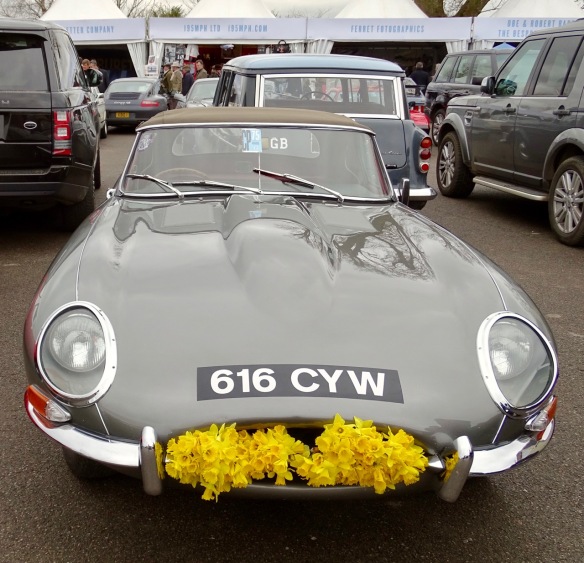 The meeting is a greta change for us after the Revival as we actually get time to look around and watch the racing. MM is far more relaxed, much like the early years of the Revival and much less crowded. It can be quite ‘nippy’ on an airfield in March but we were lucky and it stayed dry all weekend, as the saying goes ‘there’s no such thing as bad weather, just bad clothing’ so we wrapped up well in lots of layers and stayed snug all weekend.

The Revival is for cars from the era when racing originally took place at the circuit – 19948-1966 but the member’s Meeting widens that and includes cars from the turn of the century up to the 80’s. Our favourite race of the weekend is ‘the Edwardians’ or the S F Edge Trophy for specials that raced up to 1923. These are amazing, aero engined fire breathing beasts, including the awesome ‘Beast of Turin’ – Duncan Pittaway’s superb 1911 Fiat S76 which e saw racing for the first time. 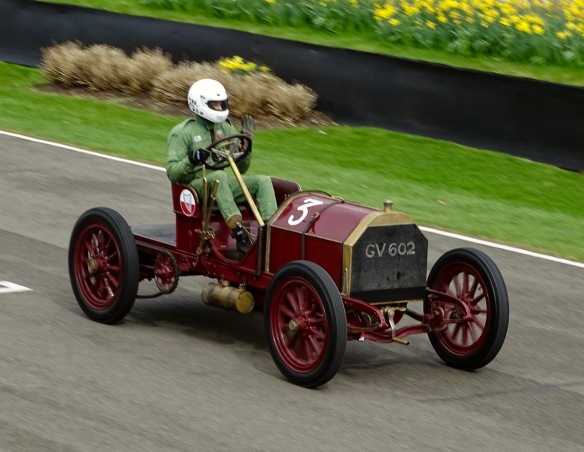 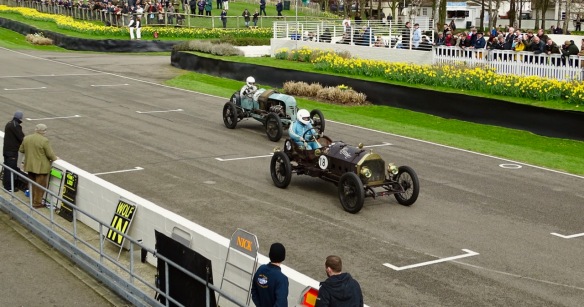 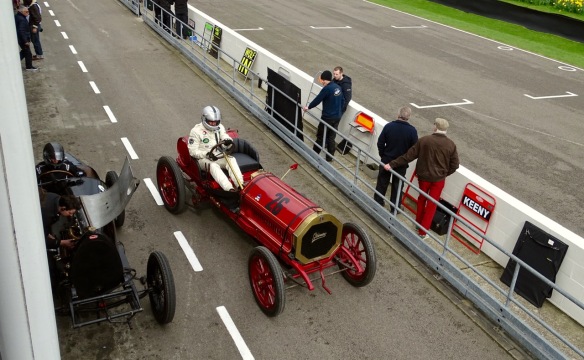 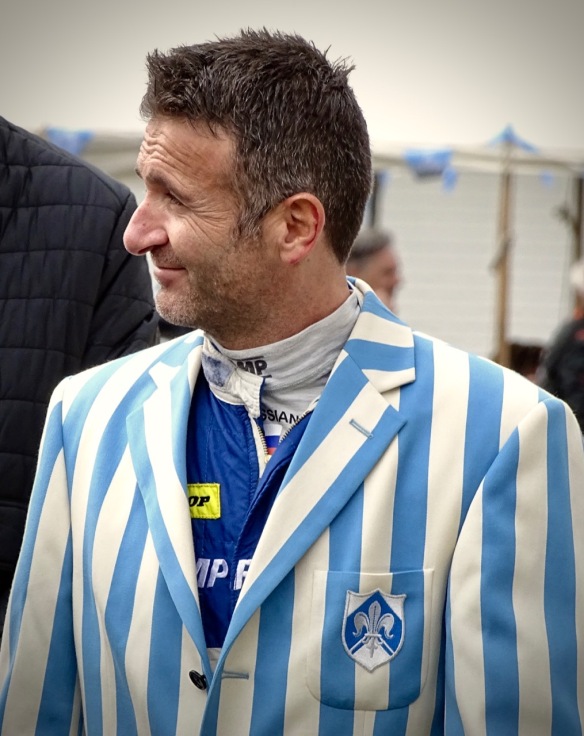 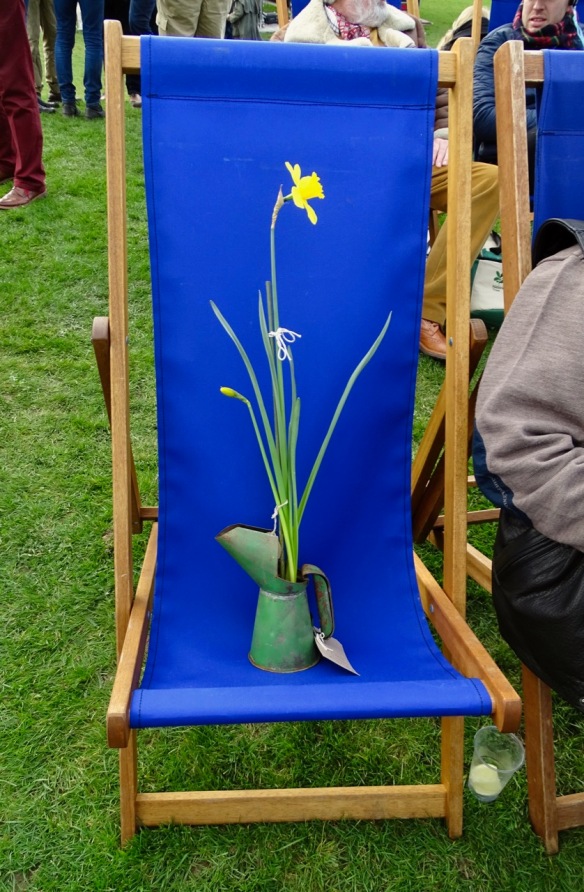 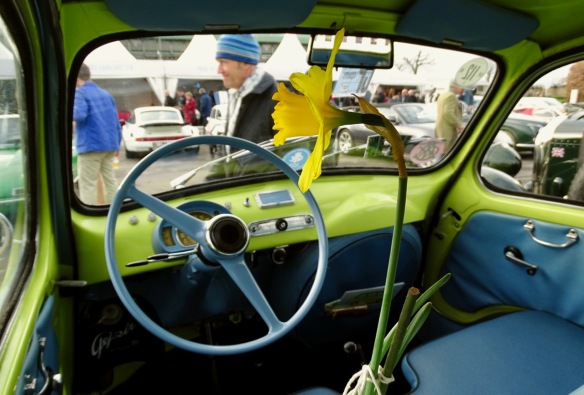 Saturday was practice and qualifying with a race into the twilight, the Bonham’s auction and then the MM75 party into the night. With a fairground, all sorts of illuminated entertainment and a spectacular fireworks display. 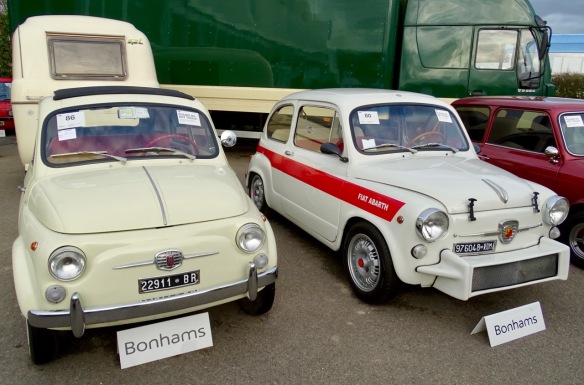 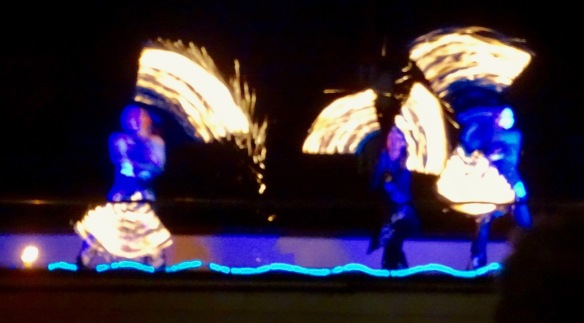 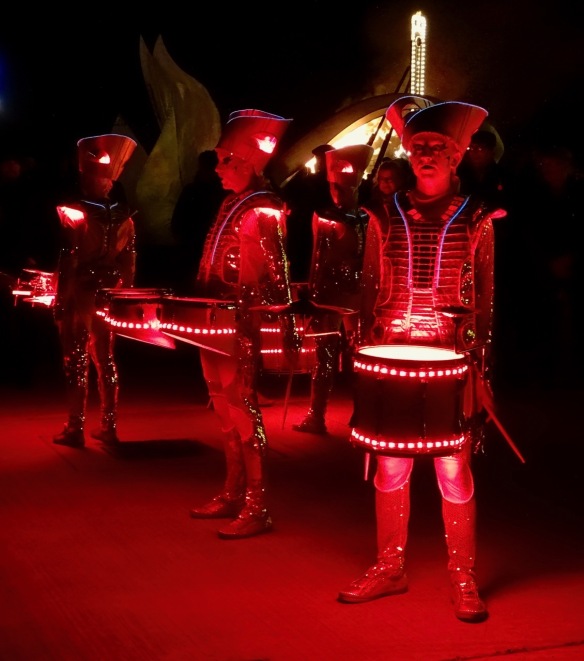 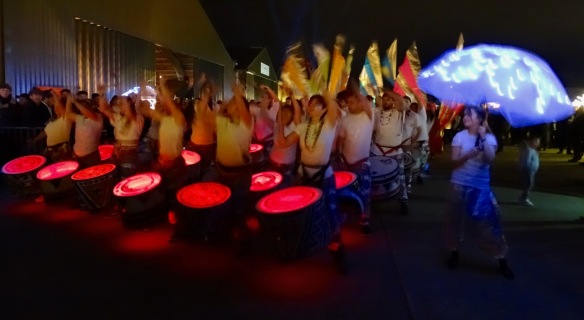 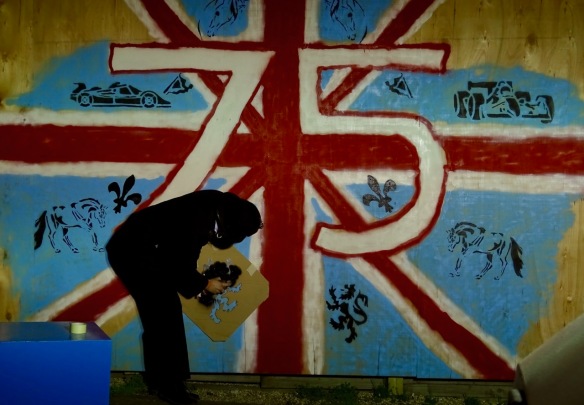 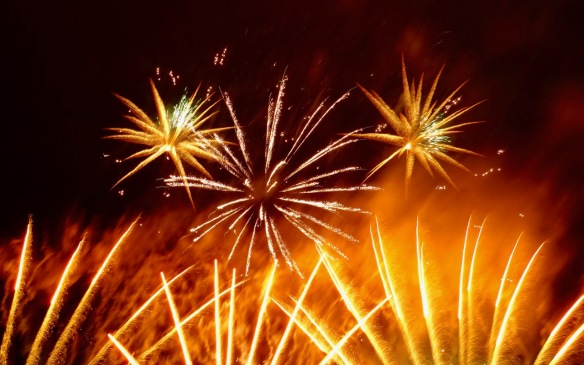 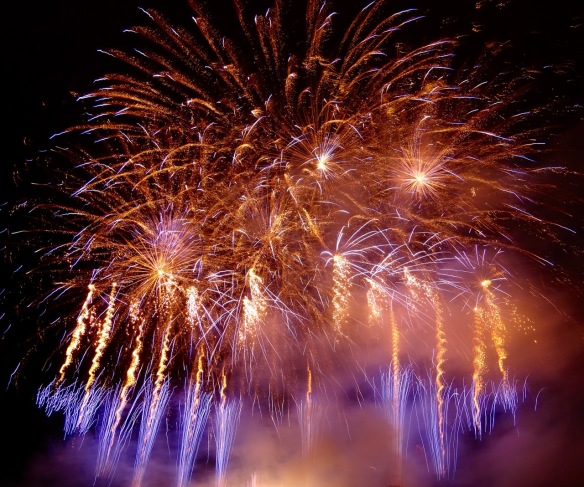 Sunday was race day, a chance to poke around the paddock admiring the amazing detail of some of the cars and watch some exciting wheel to wheel action. 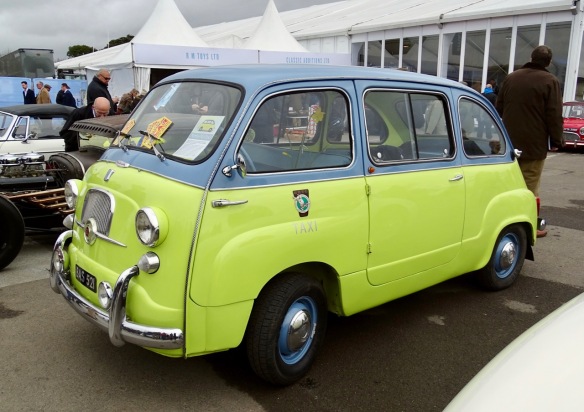 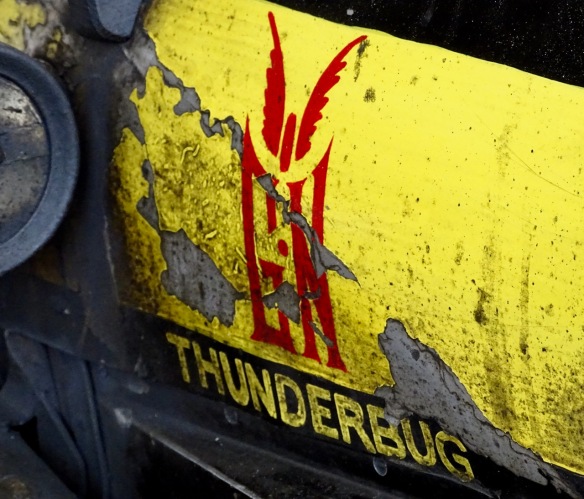 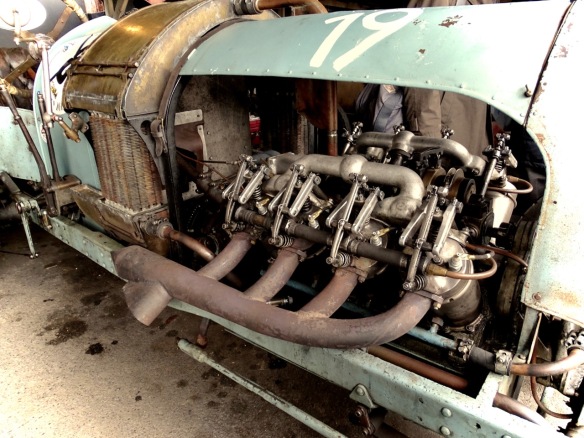 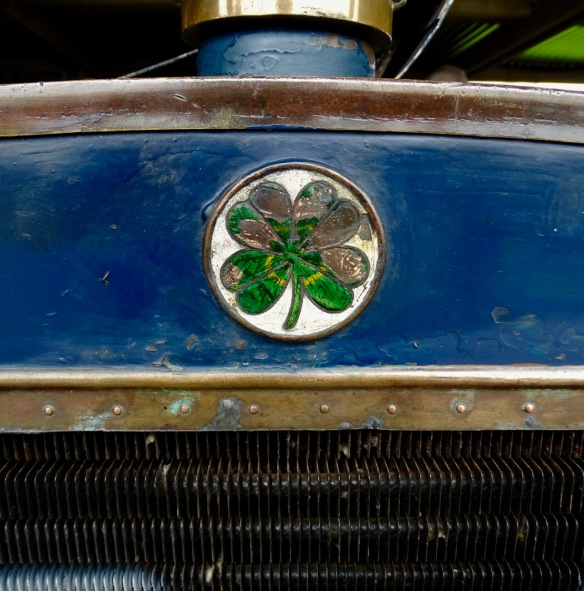 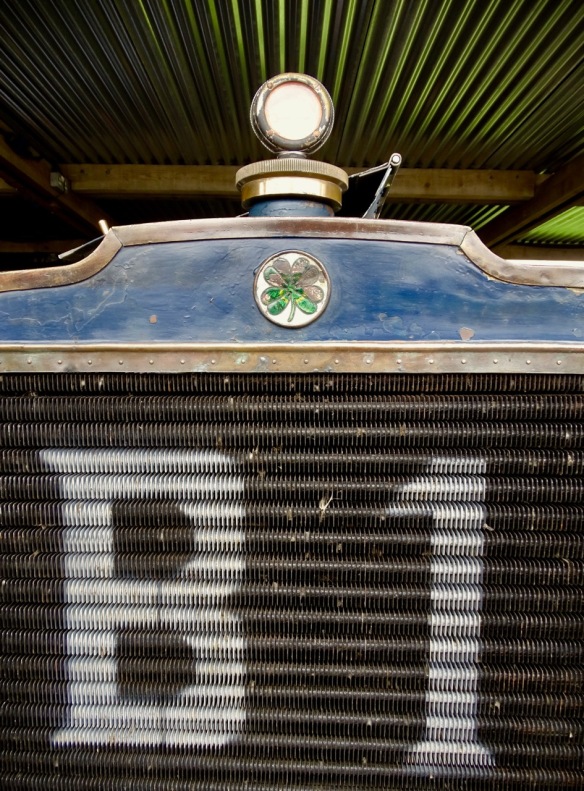 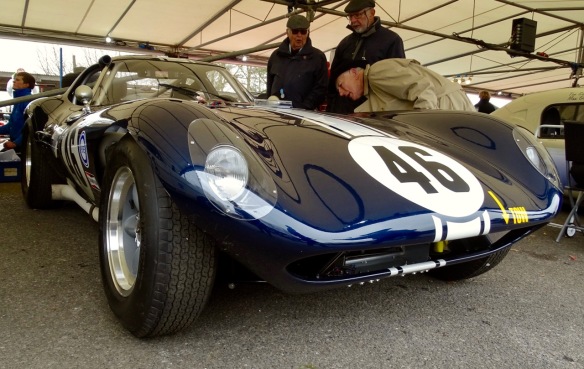 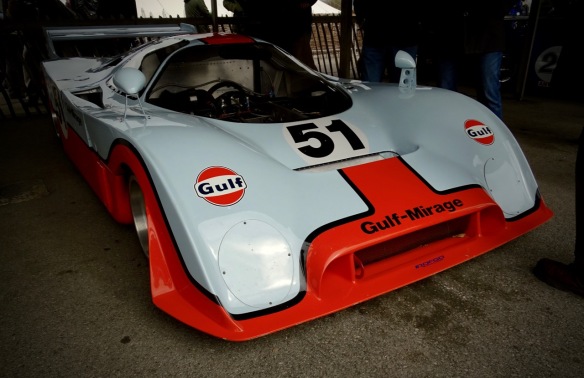 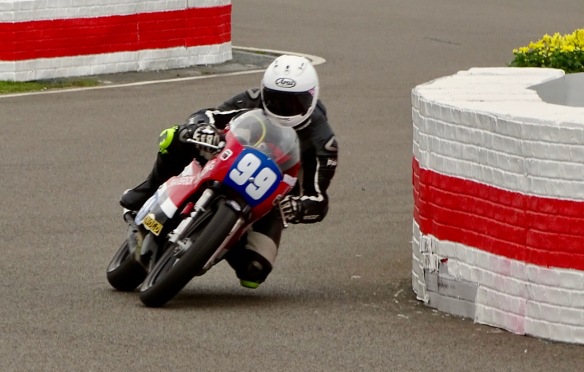 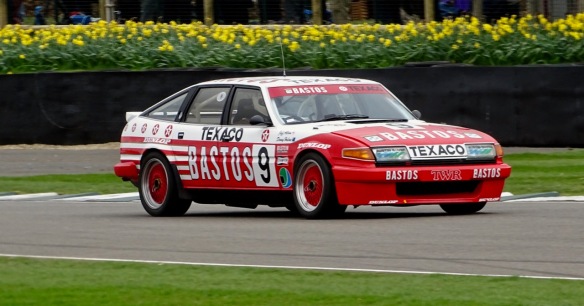 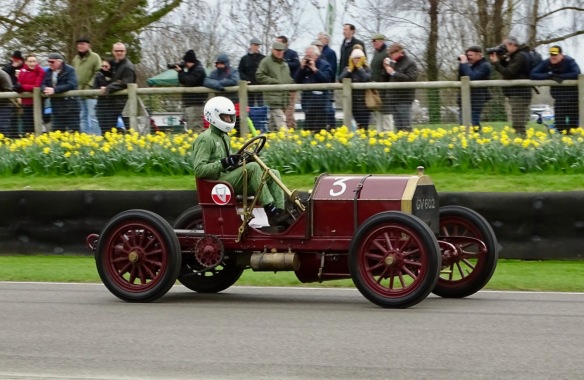 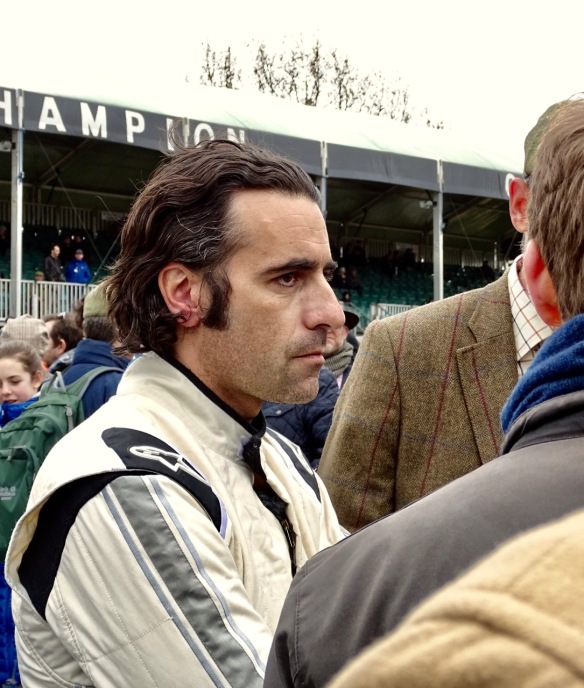 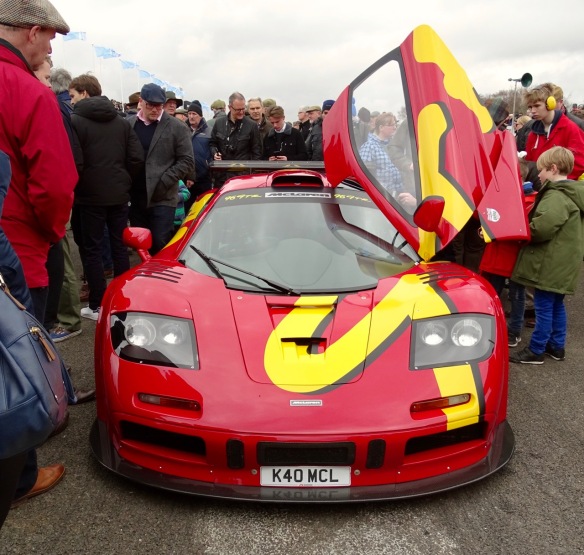 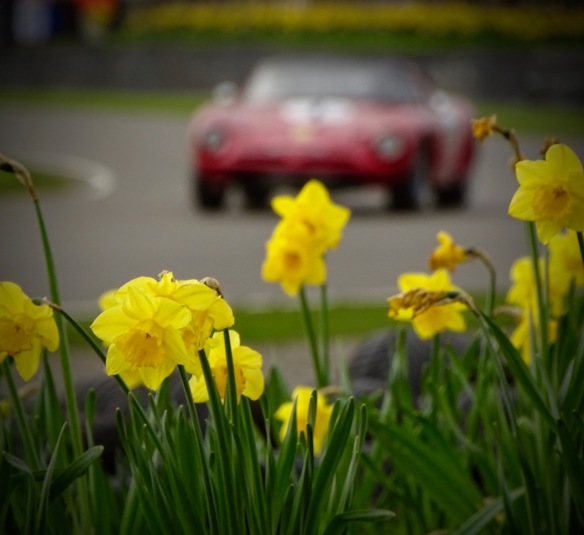 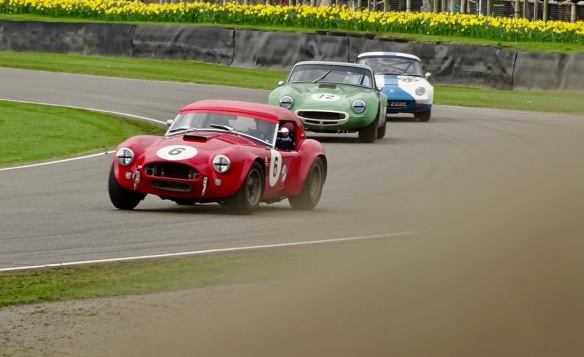 As well as Mario there were some interesting and varied cars parked around the circuit. We thought the Porsche might have been specially painted for the meeting as it was in the cream and pale blue livery of the MM.

Little GRRC hot water bottles were on sale and you could get them filled up at the tea stalls, this was a brilliant idea that certainly helped to keep the hands warm. we also went prepared with toasting forks and crumpets to toast on the fire pits. It was a great social weekend and Mario certainly enjoyed a little spring attention.