I found these pictures of a 1/18 scale model 1962 Fiat Multipla Hearse or ‘Carro Funebre’ online. I assume that it is a replica of an actual hearse made from a modified Multipla. I suppose a lot of Italians are quite small but I would have thought it would be quite a struggle to fit a full sized coffin in the back. I don’t think Mario would like the sombre paint work but he might appreciate the ‘bling’ trim! I have no idea how many were made or if any survive but If anybody out there has any information, please send ‘Mario’ a message. 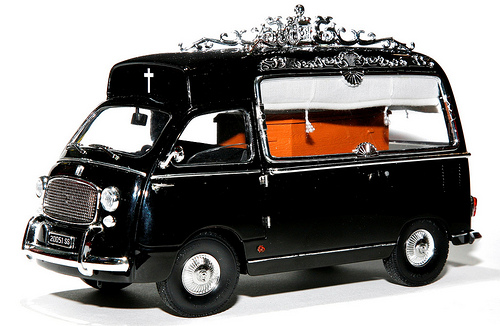 UPDATE
Thanks to Mark who posted a link to an original Multipla Hearse for sale! This special body was made by Carrozzeria Fissone from Savigliano in Piedmont. The company operated between 1921 and 1976 and were involved in the production of the Multipla Beach cars but more of them in another post. The body appears to be extended beyond the back wheels to accommodate the length of the coffin but I guess it makes the access to the engine very difficult. The model for sale looks in really good condition and has only done 5132km. Mario loves the purple seats! It appears to have some of the funeral ‘bling’ included and has an audio system with a microphone. For sale by Vicini Pietro in Pavia for 17,000€, this seems a very reasonable price for something so unique especially as some Multiplas have fetched $40,000 in auction in the US. Would be great to own but obviously not very practical and Mario prefers his passengers as they are rather more animated… 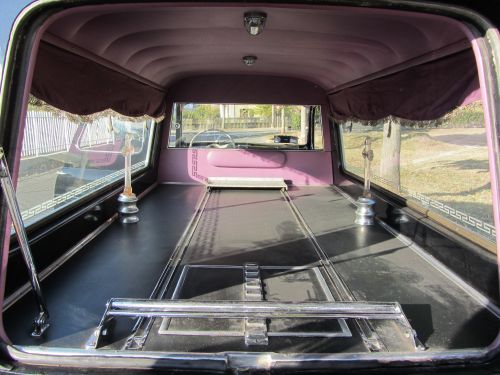 However this version isn’t the same as the model and a bit more research found this 1962 ‘Allestita’ model which was for sale in 2009 with 19,700km and reported to be the only example in the world. At the moment I haven’t been able to find out any more information but here’s a couple of pictures. 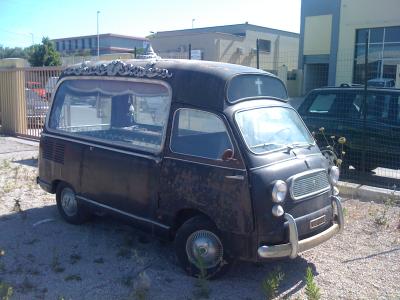 Over the years Mario has been photographed to appear in print on several occasions, photoshoots are interesting but can take a long time and involve lots of hanging around.

Magazines
Mario has appeared in a number of car mags mainly through Goodwood, about eighteen months ago we did a comparison feature for Classics magazine. The article was on people carriers and we were joined by a Saab 95 and a Citroen Traction Avant. 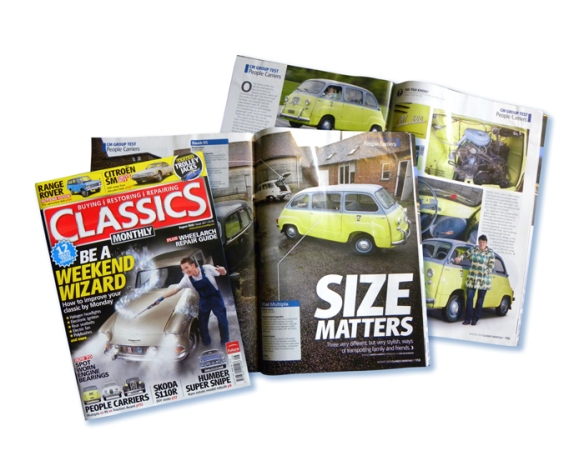 The shoot took place on a horrid wet and cold day although it doesn’t show in the finished article. The cars where shot together and individually, focussing on the features that made them good at carrying people and luggage. We also did some pics with us driving a fully loaded Mario which was great fun and involved several reruns. 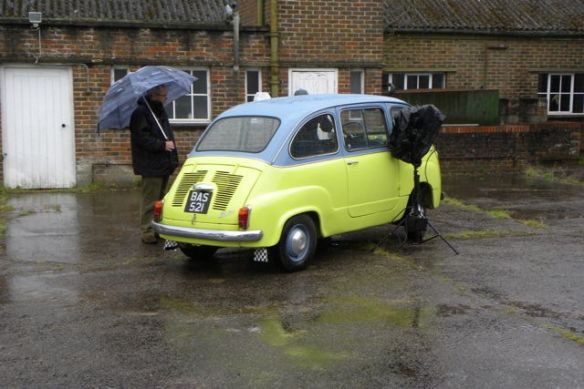 Books
One of the most exciting photoshoots that Mario has been involved in was for Design guru, Stephen Bayley’s book CARS – freedom, style, sex, power, motion, colour, everything.

This magnificent coffee table book took the 100 or so cars over the last century which had had been the most influential and innovative designs. Each car was given 2 spreads with the first being a side on image to show the pure form of the design. More recently a smaller version – CARS Mini – has been produced. All the images were in black and white. The photography was specially commissioned and shoot by Tif Hunter. A special portable ‘white’ room was built that could be set up anywhere in the country to shoot the 100 vehicles, it was built to fit the biggest car being shot, which was a huge 50’s american beast so there was plenty of room for a small Fiat.

This was a serious professional shoot, using a medium format Hasselblad camera connected to a Mac laptop so that all details could be checked as the shoot progressed. Mario was driven into the ‘white’ room and had a team of assistants to clean and polish him. For the main shots, each was taken and then a series of additional ones for each of the windows, to ensure there were no reflections, these were then put together post production to produce a perfect image. A series of detail shots were also taken. Mario had a great day and felt like a supermodel.

We went to the launch of the book in Sloane Square, later Tif Hunter the photographer held his own exhibition which we were invited to the launch party. We were delighted that Mario’s picture had been chosen as one of the main images of the exhibition. Unlike the book , Tif had taken the colour version and made the background ‘ice cream’ pastel shades, it looked really fabulous, unfortunately we couldn’t afford the £6000 price tag but it’s nice to think that Mario might be hanging on someone’s wall!