After a few days stuck home with the snow, this popped up on social media and caught me eye and I thought it would make a perfect topical post… 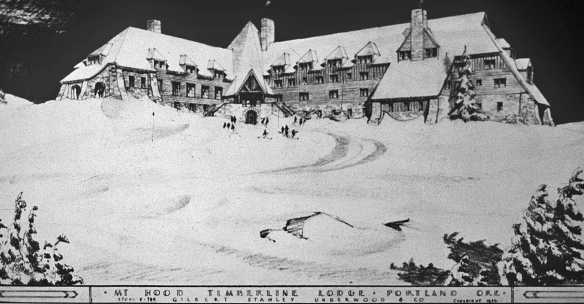 Situated 6000 feet up Mount Hood in Oregon, the historic Timberline Lodge was built in 1937 as a Works Progress Administration (WPA) project to provide jobs after the Great Depression. It is famous for hosting year-round skiing and also for being used as the exterior of the ‘Overlook Hotel’ in Stanley Kubrick’s 1980 film The Shining.

While interesting it wasn’t the Hotel that caught my eye but the fact that it was once the home of the longest stretch of arial tram in the world. The Skiway ran for three miles connecting the town of Government Camp at 2,100 feet to Timberland Lodge. The ‘Cloudliner’ which ran on the route was converted from a school bus suspended from a cable supported by 38 steel towers up to 72 feet tall, which could transport 36 people seated and 14 standing. Most mountain tramways are pulled by a moving cable but unusually on the Skiway, each set of wheels was separately powered by a 185hp bottom-mounted engine and these pulled the bus up the mountain on the traction cables anchored at both ends. 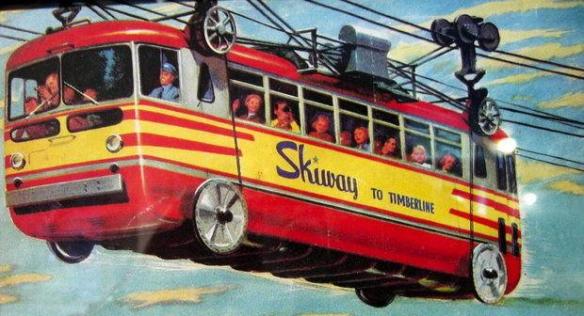 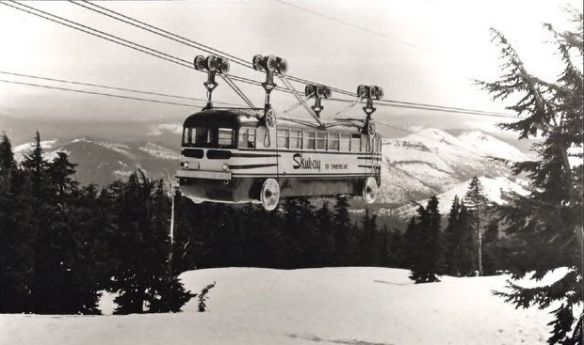 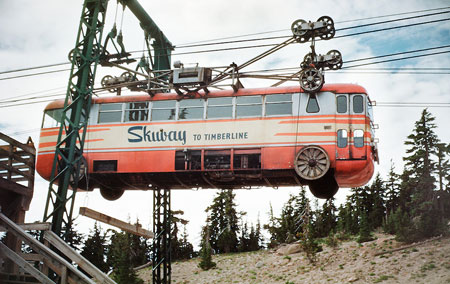 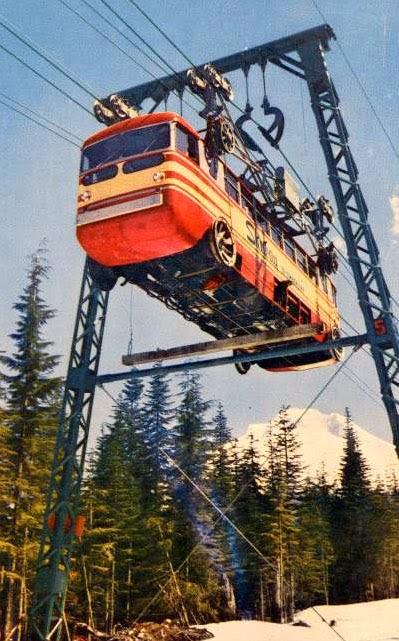 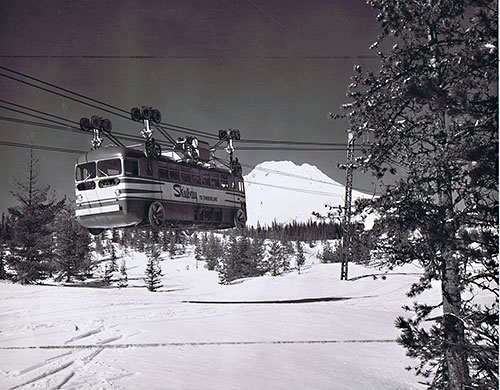 When it opened a one-way fare was 75 cents, the lower terminal in Government Camp had a restaurant and snack bar, gift shop, ski shop and guest lounge. The tram entered the terminal on the building’s third floor where the loading/unloading platforms were located. At Timberline Lodge there was no terminal building and passengers had to get on and off at an open-air platform. 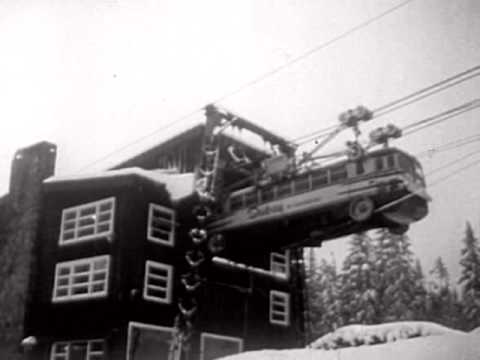 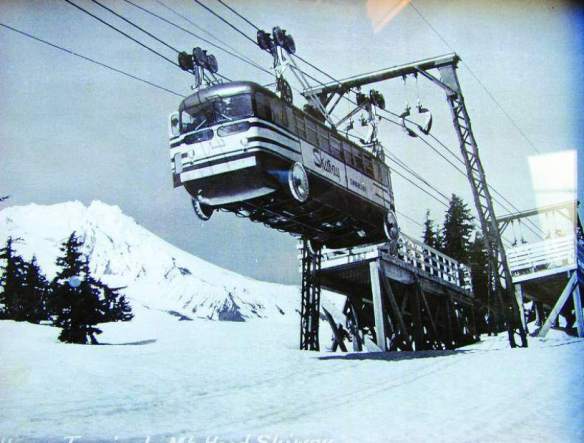 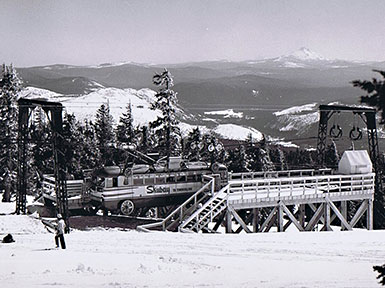 The project cost over $2 million to construct and opened in 1951. However it suffered mechanical problems, was slow and could only make a couple of trips an hour so by the mid 50’s when the road up the mountain was improved it made the Skiway redundant and it was deconstructed ten years after opening.

Watch a video of the Skiway in action.

Mario is now keeping his fingers crossed that the snow stays away and it warms up in the next couple of weeks before the Goodwood Members Meeting. We’ll be taking part in the Members Parade on Sunday morning and will be parked in the Chicane Parking on Saturday so watch this space.