Hello strangers, we’ve been very lapse at posting recently, so this will be a quick catch up to date and then hopefully normal service will be resumed.

After the Goodwood Revival and our Wander in Wales with Regie things went a bit quiet on the car front as they often do as winter approaches.

The first Sunday in October though, was the Italian Breakfast Club at Goodwood and Mario had a pass. It was a bright but chilly morning and the circuit was packed with a great selection of Italian cars, including Mario’s ‘girlfriend’ Bella a beautiful Fiat Belvedere, an ‘estate’ version of the first Fiat 500 Topolino and Lord March’s fantastic Lancia Aurelia. 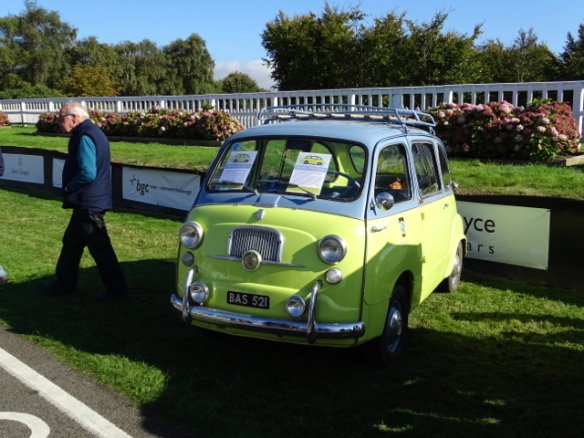 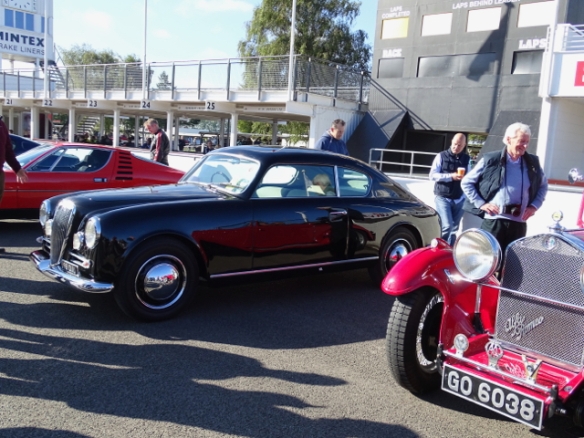 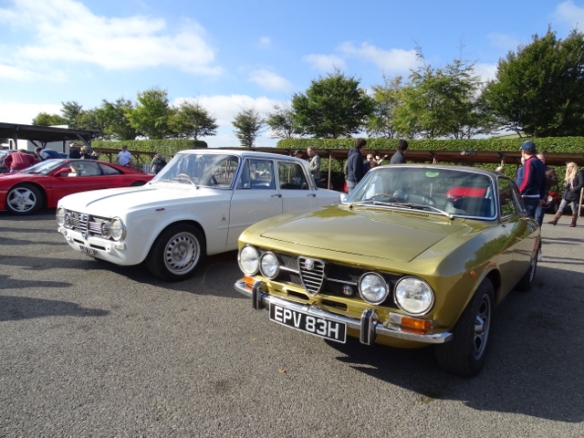 Mario was as popular as ever and it was a lovely day for a drive in the countryside.

Later on another lovely sunny day in October, Mario was back on duty as a wedding car – having never done a wedding in all the time we’ve had him, in 2016 we did two in quick succession! This time it wasn’t to be as nerve racking as driving the bosses daughter!

An old friend going back to primary school days asked if Mario could be her wedding car and we were delighted to oblige. Picking up Sarah and her Italian brother-in-law (who obviously loved Mario) from her home locally and taking them to Guildford Registry office and then driving her and her new Husband Chris back home. Chris was really excited to be in Mario and we had a lovely afternoon helping them celebrate. 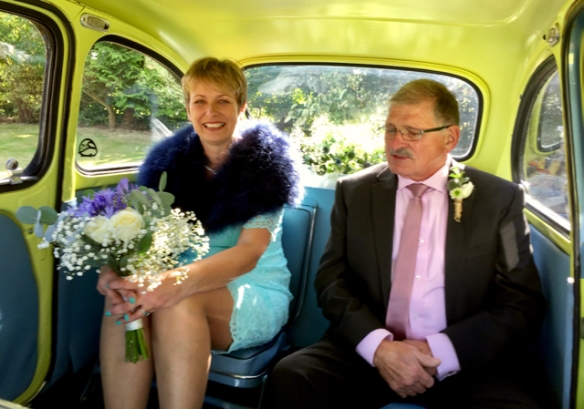 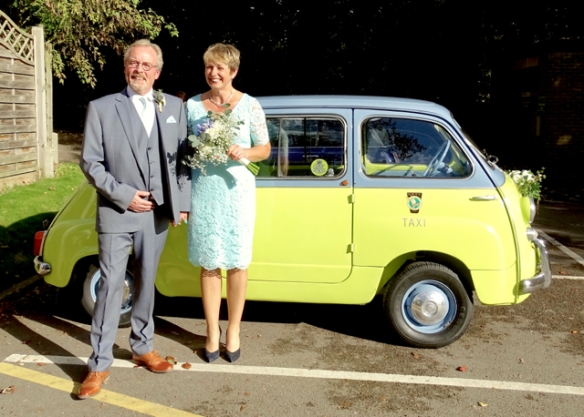 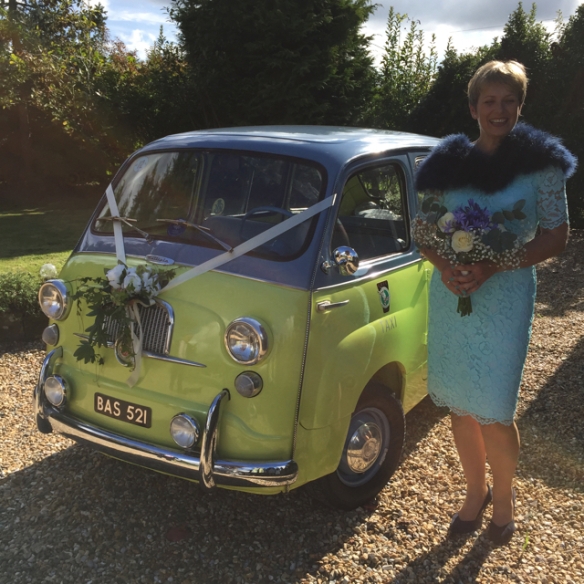 After such a happy day the rest of the year took rather a downturn with the loss of one of our best friends Victor. Victor had been a big part of our ‘classic’ life as we first met him at the Jaguar Enthusiasts Club when James first had his Mark 2 Jag 30 years ago. Over the years we had become very close friends and took part in lots of car related activities together including importing the two Subaru 360’s from Japan and going on the Leige-Brescia-Leige and Micro Marathon microcar rallies, plus of course many visits to Goodwood and various shows. We will never forget him with so many fantastic memories.

Victor’s funeral on Armistice Day was sad but very uplifting with the church overflowing with friends, a very large number of who knew him via the classic car world. Many people took their classics and Victor was accompanied on his final ‘road trip’ by his own collection of vehicles including the Subaru, his Jaguar D-type replica, Daimler, Mini Cooper, Austin A40 and what had been his last acquisition – a Bedford army truck! 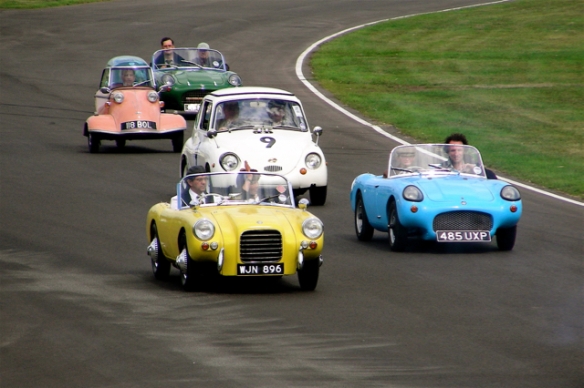 We were both poorly over the Christmas and New Year period so we didn’t get to any of the New Years Day car meets – the weather was atrocious too, so I don’t think we’d have risked either car even if we had been feeling well.

So here we are in January 2017. James is currently in Europe, navigating on the Winter Trial with Herman in the Volvo Amazon. I’m at home trying to get the information for the 2017 Haslemere Classic Car Show up together and update the website but I keep getting interrupted by emails asking ‘how to book’ so I guess it’s going to be a popular event again! We are behind and only have 4 months to go but hopefully in it’s 9th year it will organise itself – I hope.

Events are already planned, Mario has a Chicane Parking spot for the Goodwood Member’s meeting in March, we have applied for a place at Wheels Day on Good Friday and we have a signed contract to be back taxi driving at the Revival. So already it looks like it’s going to be a busy year. We have lots of material in the wings to blog so hopefully there won’t be such a big gap between posts.

A belated Happy New Year to all our readers.

You might remember reading the first part of our ‘Weird and Wonderful’ series about the Corvair Futura Concept – we didn’t know where it currently was… anyway we received an email from Scott in the US, who had read the blog, letting us know that it was still owned by Wayne Carini and he had seen it there in January covered in dust – hopefully it will find a new home soon.