This summer has been good, the sun has shone and there have been plenty of things to go to…

A couple of weeks ago we were invited to go to Henley to the Thames Traditional Boat Rally. This event is a huge display of traditionally built craft with the very finest examples of  boatbuilding skills on display. There are around 200 craft on the water from slipper stern launches like the one we were on, gentlemen’s day launches, steam launches, river steamers, sailing craft, vintage speedboats, skiffs, rowing boats, punts, unpowered and electric canoes, right through to vintage sea-going cruisers and many of the famous Dunkirk Little Ships.

The boats take it in turn to parade in classes along the rowing course. There are also pre-50’s cars on display and vintage bicycles. We had a lovely lunch on the boat and then went for a trip down through Henley and then up to Temple Island. It was a stunning day, hot and sunny with loads of beautiful boats with lots of gleaming teak and brass. 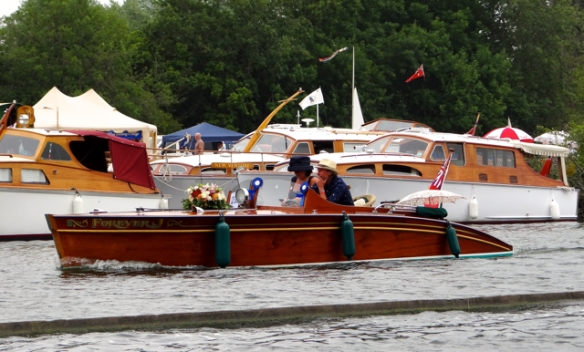 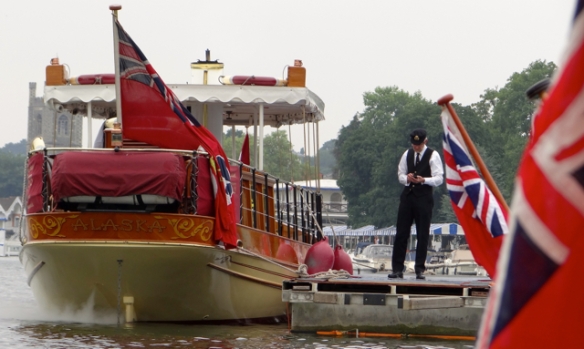 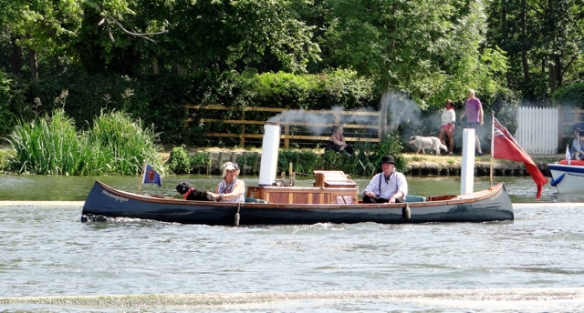 The following weekend we went to the Classic Festival at SIlverstone, again without Mario. This annual event is huge but personally I find it a bit low on atmosphere, Silverstone is so spread out and you have to get a bus between the national and international pits. For my personal choice the displays have far too many modern cars and although the actual racing is always good and very competitive it is difficult on a modern GP circuit to get a good vantage point. The cars racing included historic formula one and Group C endurance However we had gone to see a friend race his Lola in the Peter Gethin Trophy for F2 vs F5000, which meant that for one race as ‘Team members’ we could watch from the International Pit Wall. This gave us a great view and as you are so close to the cars as they come down the straight you get a real impression of the speed they are doing. 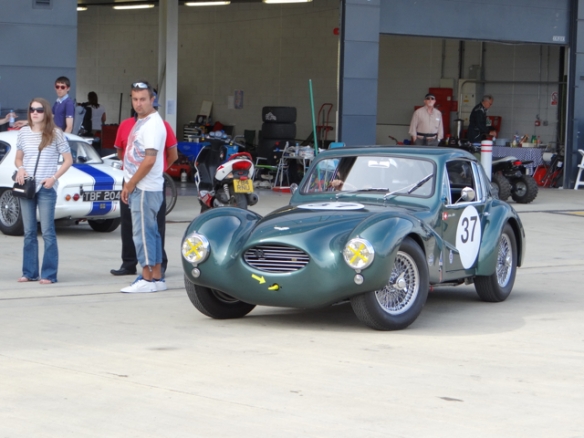 This weekend Mario finally got an outing! It was Thoughbred Sunday at Goodwood Breakfast Club for pre 66 vehicles to get into the spirit of the Revival. We had a pass and so after a horribly early start on a Sunday got in easily and were parked in one of the paddocks. There were a lot of cars there and again it was a lovely sunny morning.

As soon as we stepped out of the car the normal crowd assembled around Mario, loads of people took cards so hopefully even more people will be reading this and liking him on Facebook

I felt rather guilty as I was rather busy on Saturday so Mario didn’t get the promised pre-event pamper. He looked rather grubby to me but his fans didn’t seem to notice! There are a few jobs and some tidying up we need to do before the Revival in September. We are getting excited about it already and there is a surprise afoot so watch this space…

After some sustenance (a bacon buttie) we had a good wander around, a good collection of cars including lots of Aston Martins celebrating their centenary. The theme did seem rather confusing though with quite a smattering of modern sports cars but what the hell everyone was having a good time and as always there were lots of friends to catch up with. 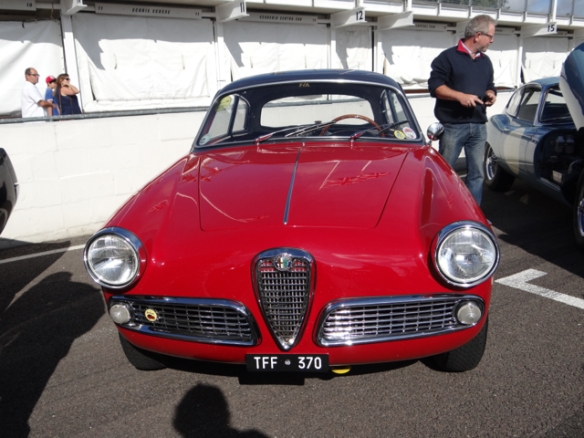