The sun generally seems to shine at Goodwood and after a few rather horrible weeks weather wise, last Sunday proved to be no exception. We set off fairly early for us but not for most Breakfast Club participants – Brunch Club would be much more our thing! It was a lovely morning and the great thing about driving Mario is the open road in front, just don’t look behind, especially when going up Goodwood Hill… 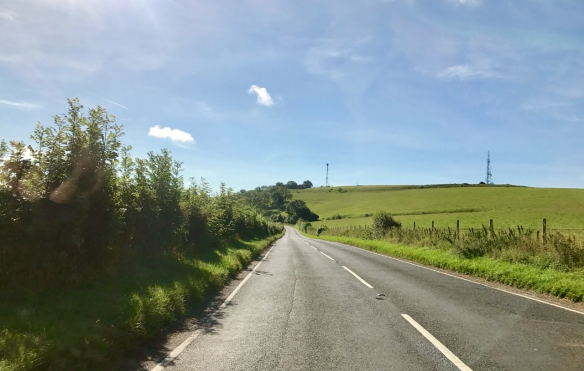 We had a pass for circuit access and were soon parked up with the usual crowd gathered around. The theme was Classic Sunday and is our favourite Breakfast Club of the year. It was very busy with a good and varied collection of vehicles. 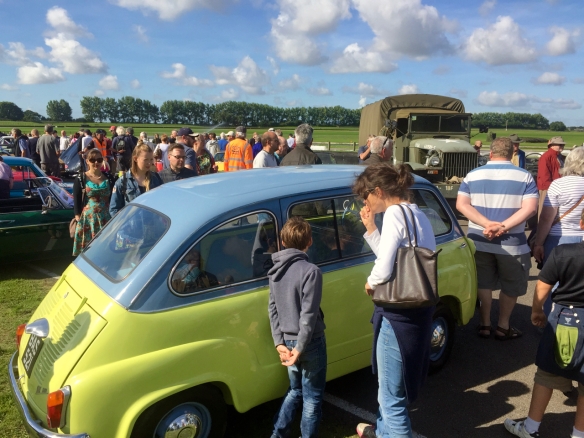 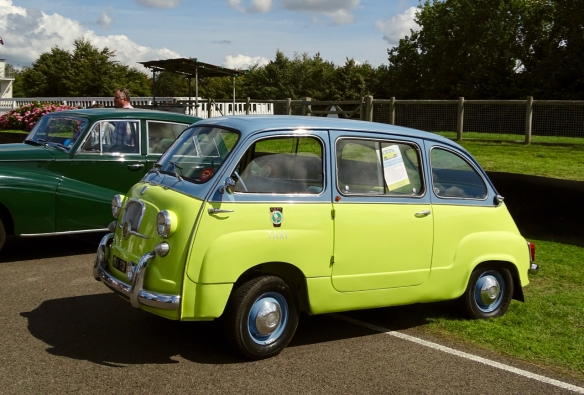 This Opel had been opened since new. 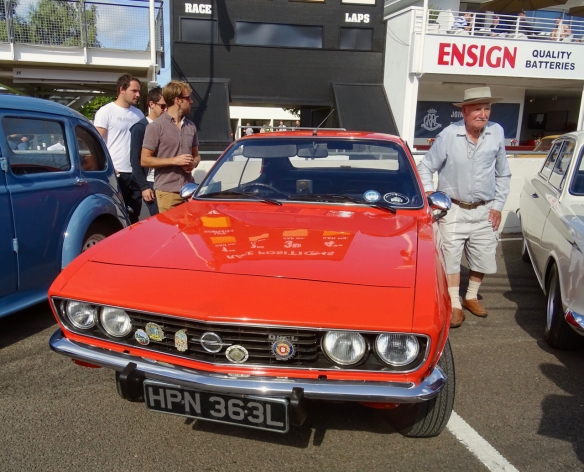 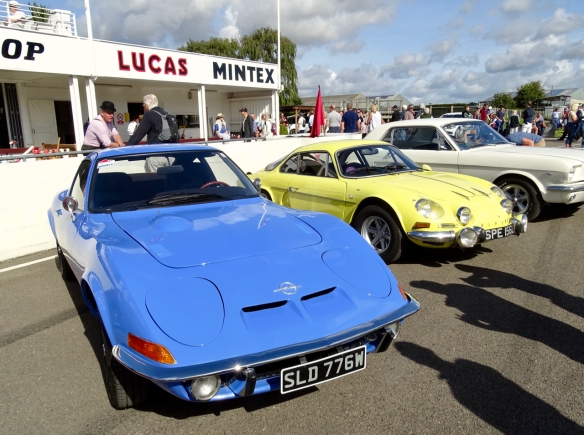 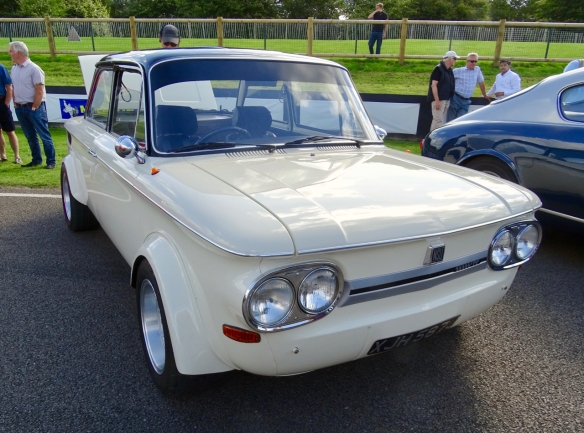 James was pleased to see this what appeared to be an Original Jaguar C-type, he was pleasantly surprised about the lack of ‘Kit Cars’ in attendance, far less than other breakfast clubs. 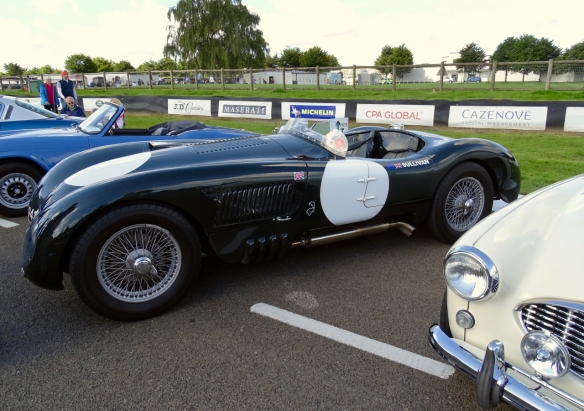 Mario found a distant cousin in this rather lovely Fiat 500 Giardiniera, hopefully we’ll be seeing it again in the Fiat 500 Parade at the Revival. 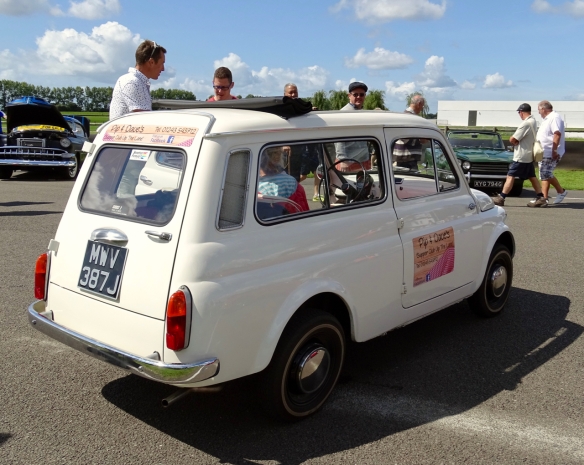 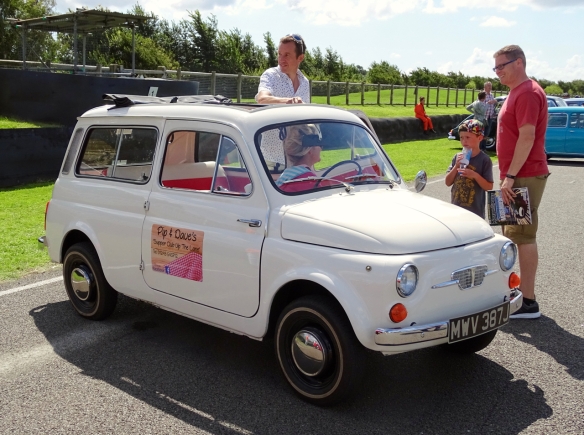 Having restored a Mini Moke for a client a few years ago, James was very interested in this prototype Moke, very rare and unusual in makes the production More look positively luxurious! 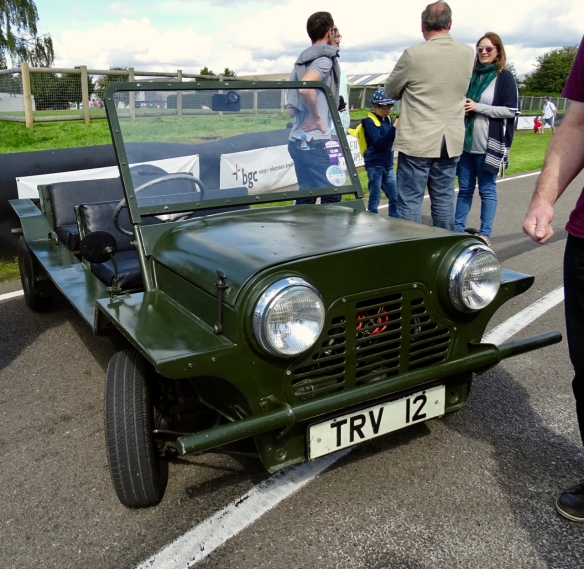 We loved this cute Fiat 850 Coupe which brought back ‘happy’ memories of the standard 850 that Jane learnt to drive in – called ‘Tetley’ as it had 1000 little perforations, you need to be a certain age to understand that or a connoisseur of TV adverts! The picture is on the morning of Jane’s 17th birthday and the start of her first driving lesson. 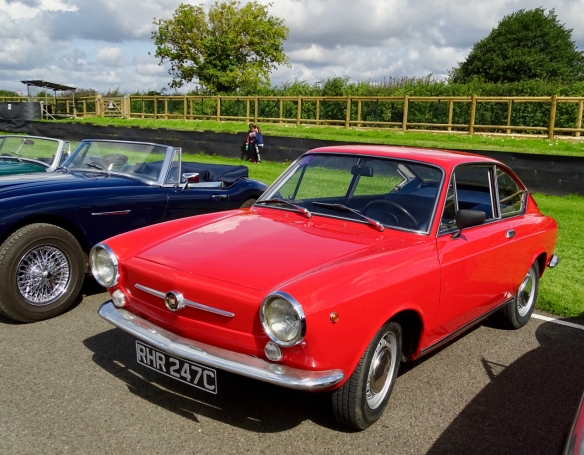 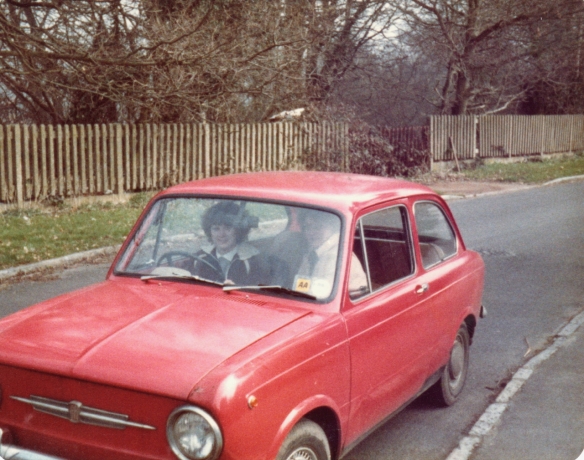 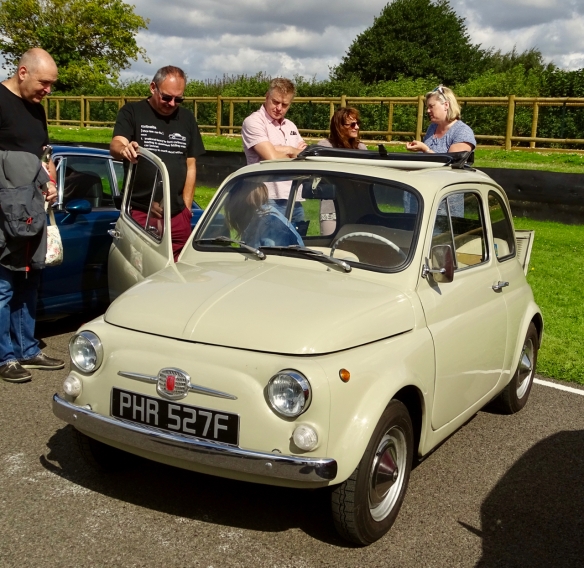 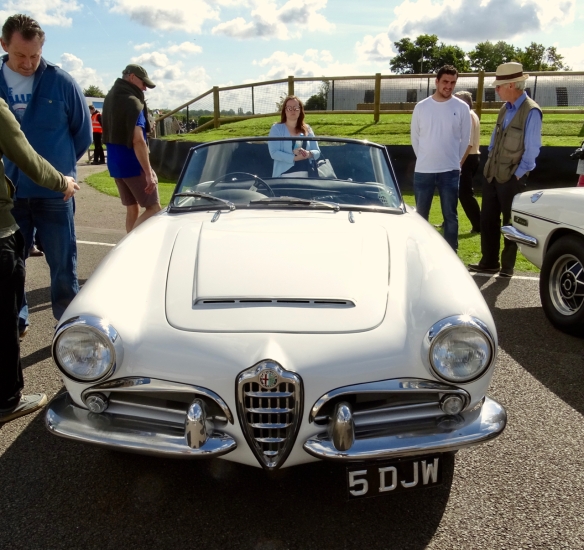 A rather colourful section of the display 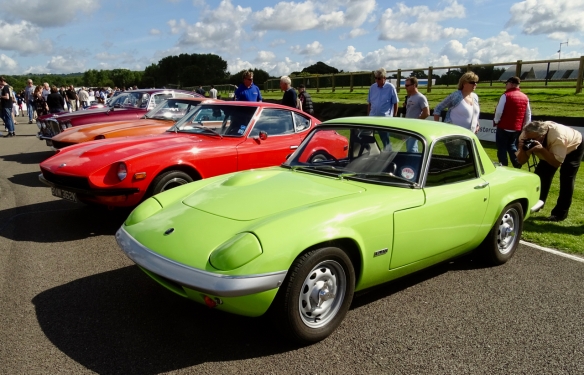 After Breakfast Club we drove up to Goodwood House for the GRRC Open Day. This great ‘action’ shot of Mario was taken by fellow member Helen Sanders. 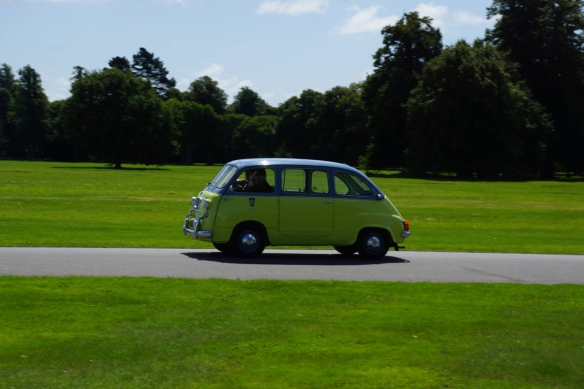 The open day consists of a friendly, public judged Concours. It was won, slightly surprisingly by a 2017 Aston Martin which to be honest I didn’t pay much attention to and didn’t take any photos off. My choice of the day was between two entries…

A 1955 Alfa Romeo Giulietta Sprint, a very early example from a pre-series production. It ws originally sold to Swedish GP Driver Joakim Bonnier. A ten year restoration has led to the beautiful car on display. 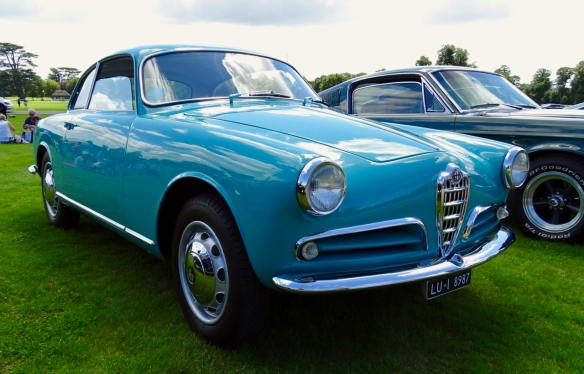 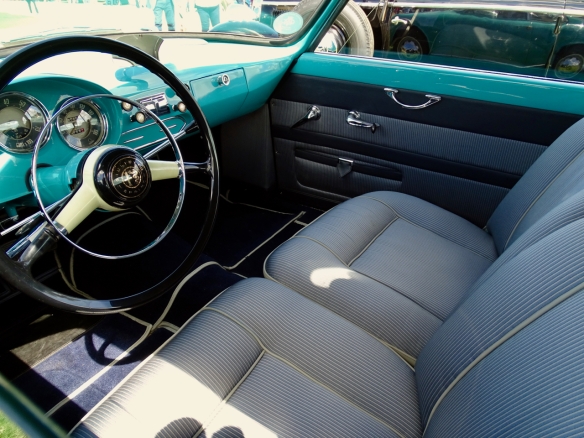 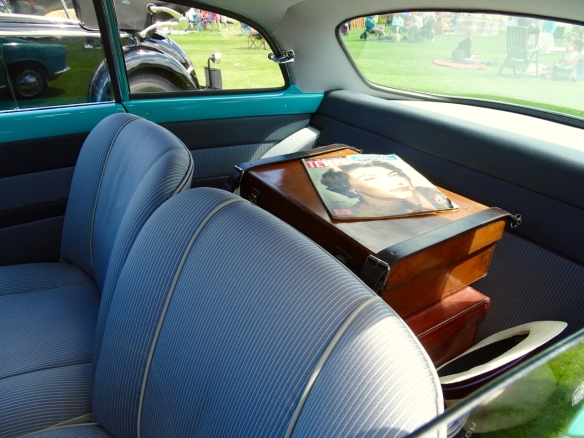 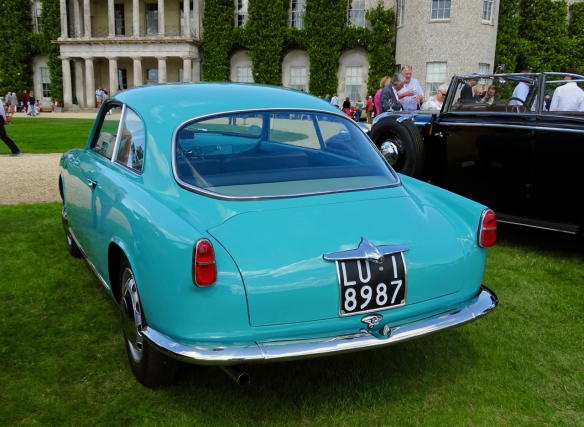 My other choice was a close relation of Mario – a gorgeous 1959 Fiat Abarth 750GT. Using a 600 floorpan and with Zagato’s lightweight aluminium Coachwork and Abarths’s modified engine and exhaust. The type won its class at Le Mans and the last Mille Miglia in 1957. 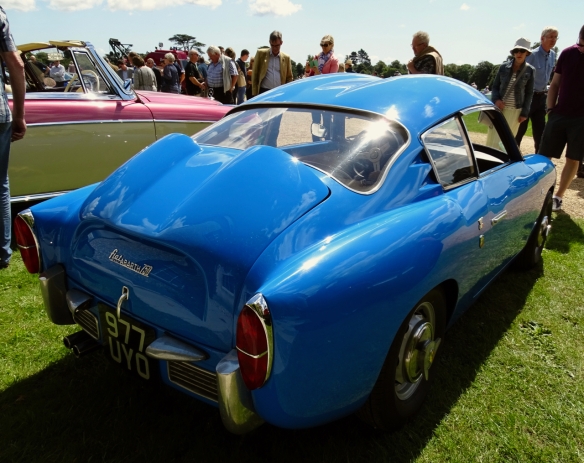 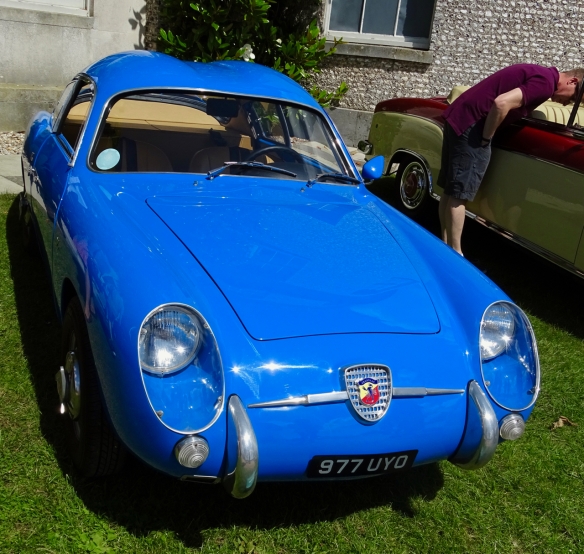 James was nostalgic, seeing an Austin Westminster Rally Car – he rallied many times in his (Police) Westminster many years ago, until he overtook a snowplough and crashed into a gate post. 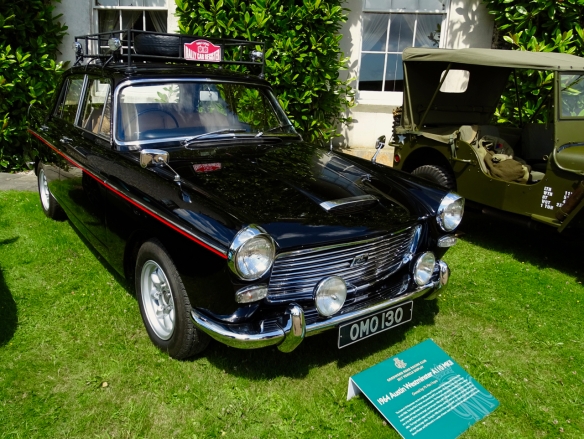 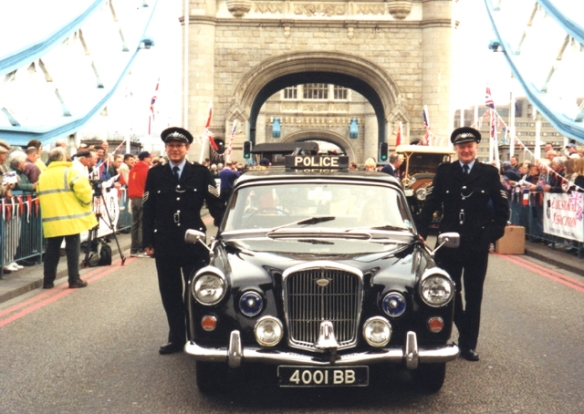 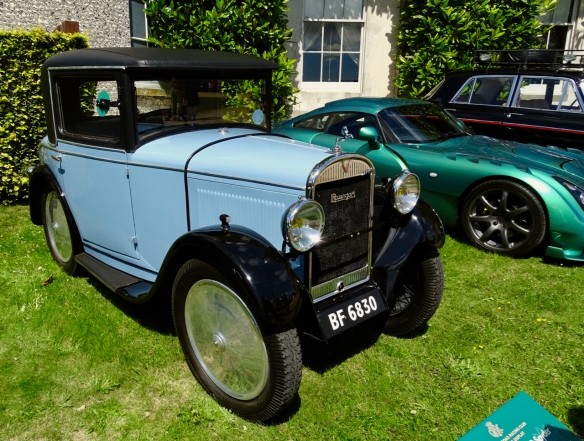 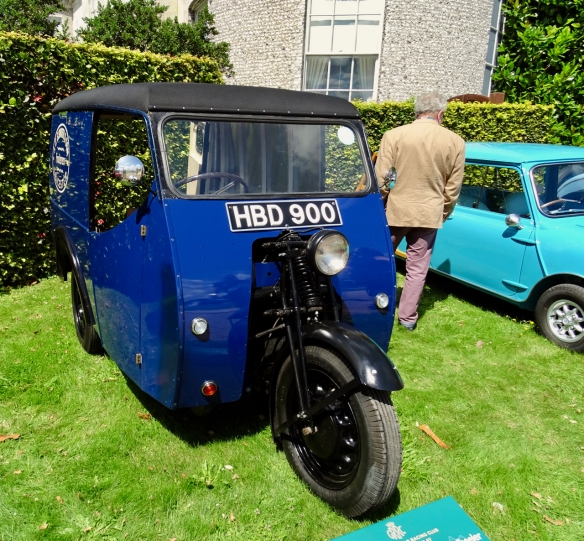 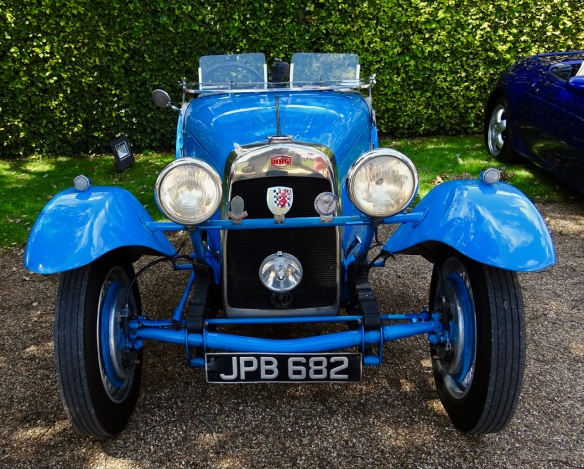 The awards were made by Lord March. 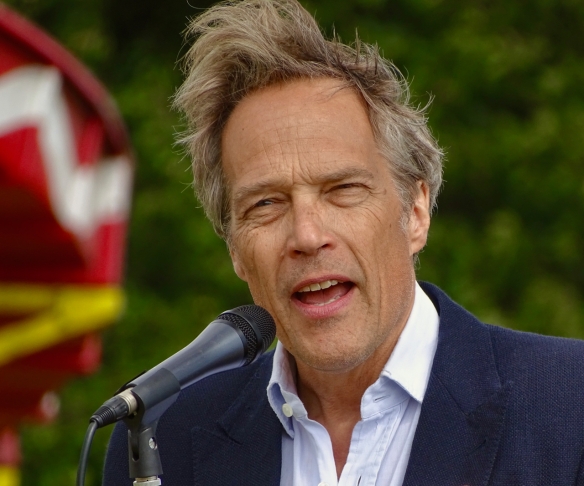 So a lovely relaxing day in the sunshine, chatting to old friends and looking at old cars – couldn’t ask for much else, other than a great drive home in Mario.