Following on from the Haslemere Classic Car Show we have just organised a new one-off event – Motoring for the Museum – a fundraiser for the Haslemere Educational Museum. The independent museum has been in Haslemere for over 125 years, we can remember visiting it as children and you can still see the bear and the Mummy with it’s toes sticking out today. It’s a fabulous local institution and has won several awards. The ‘Museum in a Million’ appeal is raising over a Million pounds to set up an endowment fund that will enable the museum to meet the day-to-day running costs of the Museum and safeguard the Museum for future generations. 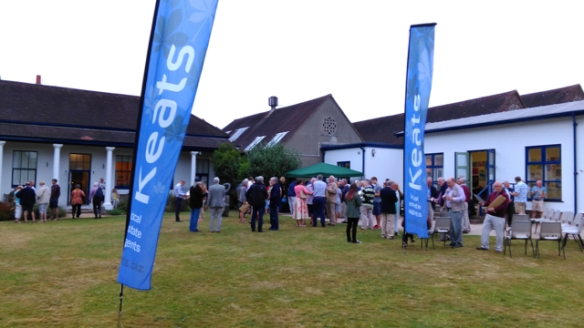 We ran the day along the lines of the popular ‘tour’ at the car show but opened it up to classics and thoroughbreds and so introduced newer cars. The cars met at 9.30 in a local carpark, the 1268 (Haslemere) Squadron Air Cadets helped with the parking and everybody wandered over to the museum to sign on and enjoy a simple breakfast of pastries and coffee while meeting their fellow entrants and have an opportunity to look round the Museum galleries and collections.

At 10.30 the cars started to leave on the outbound leg of the tour. Navigated by tulips, pictorial representations of the route, first used on Dutch rallies in the 1950’s, James had devised an interesting route of around 37 miles, mainly on smaller roads, some of which we’d never been on before! The route went from Haslemere to Lickfold, Fernhurst, Milland, Rake, Greatham, Oakhanger, Binsted and Frensham before finishing at Churt where we had been given access to a private car collection. 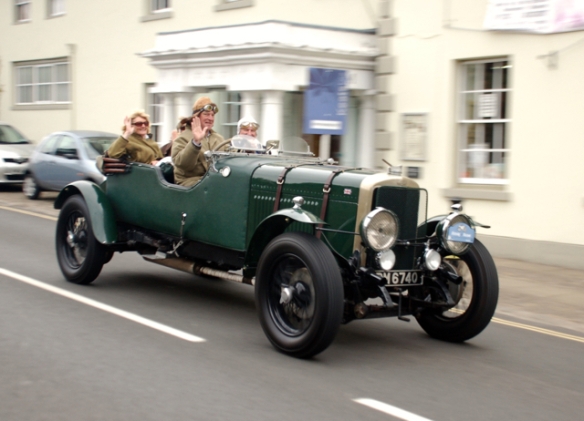 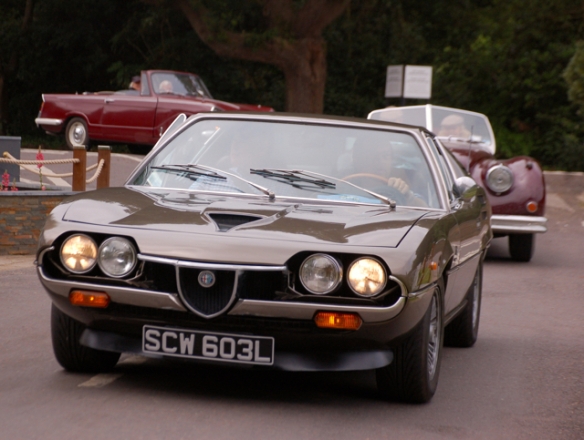 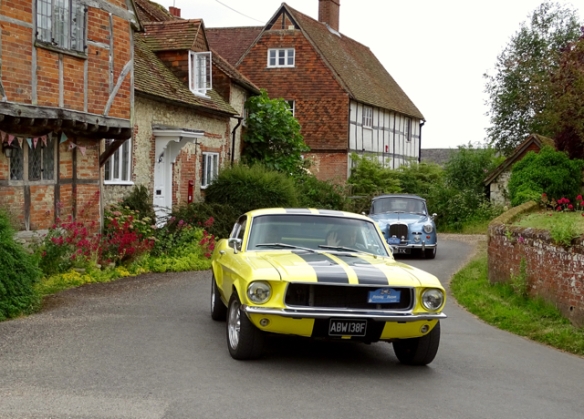 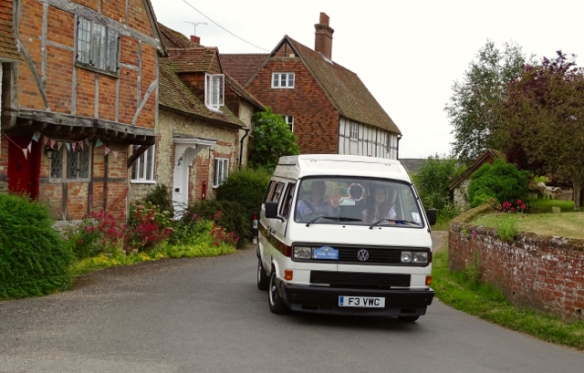 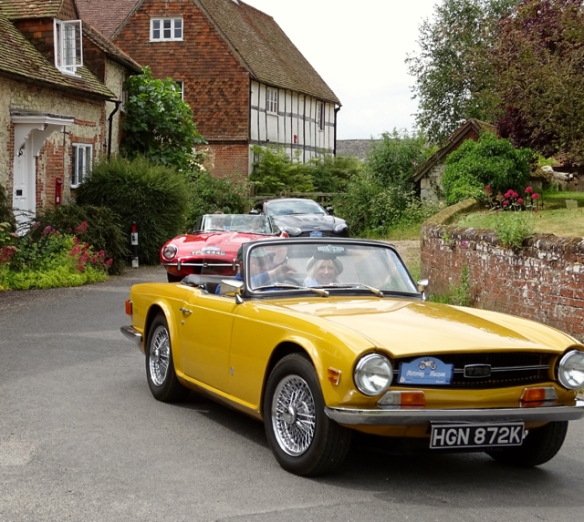 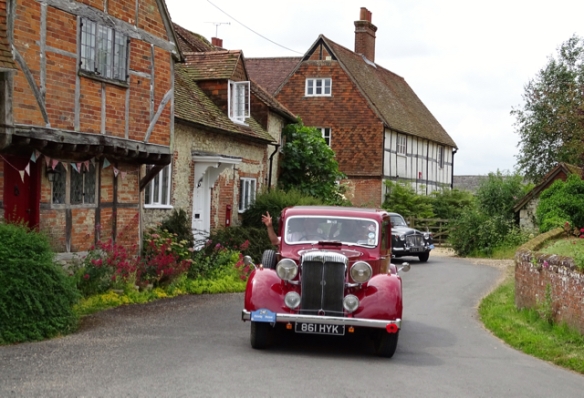 The Lewis’ have a spectacular collection of cars and automobilia and very generously offered it to us to help the Museum. The entrants were able to spend a couple of hours looking around the unique exhibits and picnicking in the adjoining field. 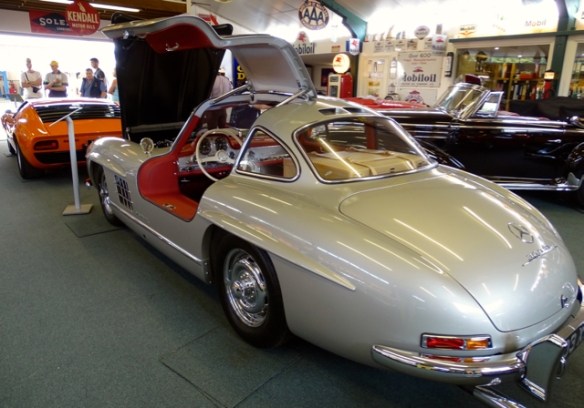 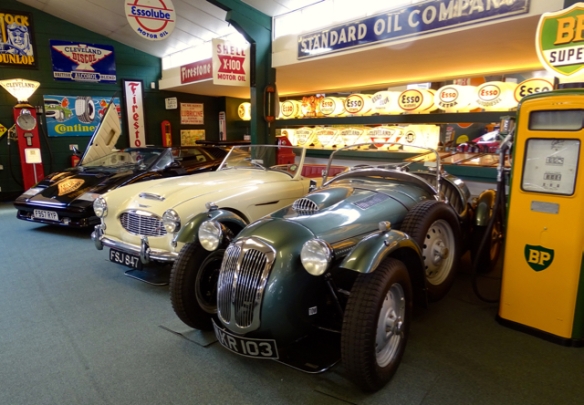 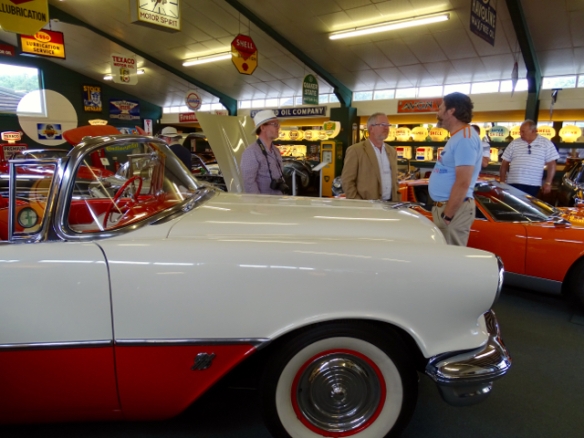 After lunch the cars left the collection for another tour, a little shorter at just under 25 miles to wind their way back to Haslemere via Elstead, Puttenham, Compton, Hydestile, Brook and Grayswood. To finish the afternoon we held a BBQ in the grounds of the Museum. 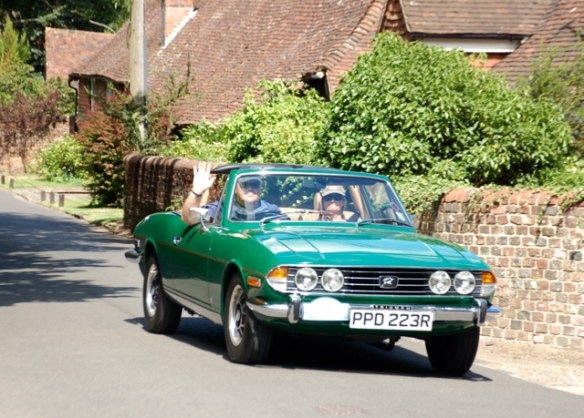 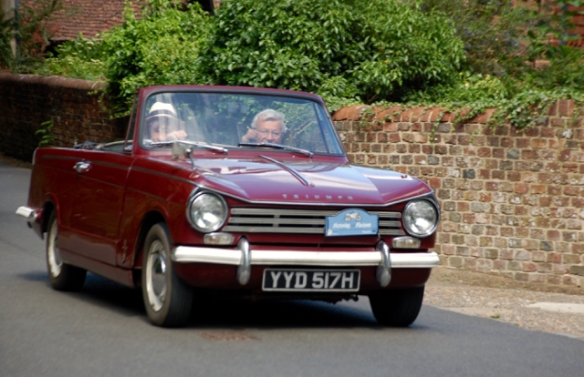 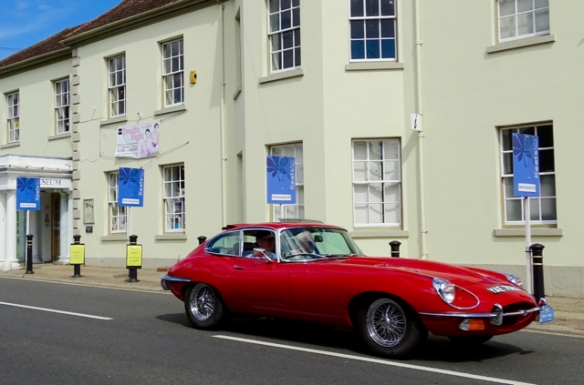 We had a great collection of vehicles on the event from the 1920’s up to 2015! They were an eclectic mix of vintage, sportscars and everyday classics, mixing with modern supercars. Alongside the more popular MGB’s and Triumphs were a Hadfield-Bean, Aston Martin DB5, Alfa Romeo Montreal and a team of Jenson Interceptors.

Mario was obviously very pleased to help out on the day and after we had signed everybody on and distributed the route and information, we set off to leapfrog the route and take pictures in the very beautiful village of Binsted. We created a lot of attention with the villagers coming out to see what was going on. We had unknowingly clashed with a cycling event and we really confused them as they thought we were there to take photos of them! Several of the cyclists stopped to have a good look at Mario. We then followed the last part of the morning route to the private collection before a quick dash back to Haslemere to take pics of the entrants coming past the museum. Mario was in fine form following his recent ‘repairs’ and the handling was much improved as he flew along the lanes.

The day was a great success, everybody seemed to enjoy driving their cars and we raised in excess of £2500 for the museum. Keats, a local independent estate agents very generously sponsored the event and paid the majority of our costs and they joined in the fun, bringing a VW camper on the event.

There are loads of photos of the day online

Apologises as we haven’t posted for a few weeks but it’s been ‘action stations’ here with the Haslemere Classic Car Show and Tour which we run in our town. It’s the seventh year and it’s grown, from sourcing 50 cars to display at a Donkey Derby to a very popular event which fills the local green and is an important date in the town’s social calendar. 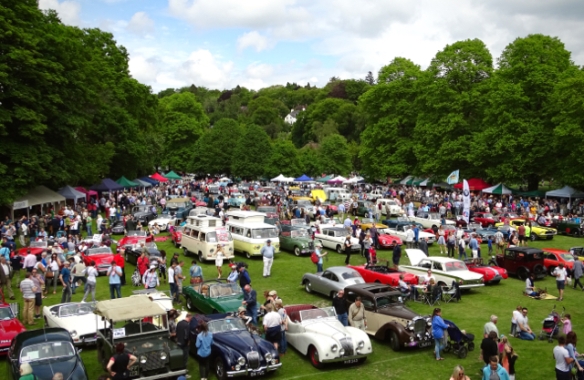 We run the day in two parts, a morning tour, when nearly 100 cars meet for breakfast before going off on a route of around 55 miles, through beautiful local countryside, with a refreshment stop halfway – this year at Lasham Gliding Club. The second part is a static classic car show in the afternoon, this has 200 or so pre-75 classics parked on the green, surrounded by stalls selling local produce and crafts, vintage and car related goods, alongside traditional entertainment, jazz, WI cream teas, hot food and a bar. Plus we have competitions for the best dressed car and driver and the ‘People’s Choice’ for the car you’d most like to take home. Not forgetting our HCCS Bake-off cake competition.

This year was our busiest yet with thousands of people out enjoying the wonderful display in the late May sunshine. It’s an awful lot of work to put on but worth it when we get great comments from people about what a good and well organised show it is.

Mario was of course in attendance… just, he had his MoT two days after the show, James had a little bit of work to do on the front suspension but he’s now fighting fit and looking forward to getting out and about during the summer. Cynthia came along as well and the pair, as always received lots of attention, I even had a go at riding Cynthia in a period frock and shoes, a fairly successful outcome so we might have to consider taking her along to the Revival this year. They even made the local paper.

We have already started looking forward to the HCCS 2016, thinking of ways to keep it getting better and we are also organising another tour in July to raise funds for the local Haslemere Education Museum so it’s still all go here! To follow a pictorial diary of the day… 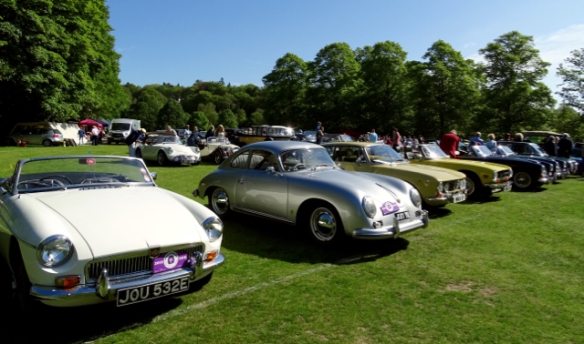 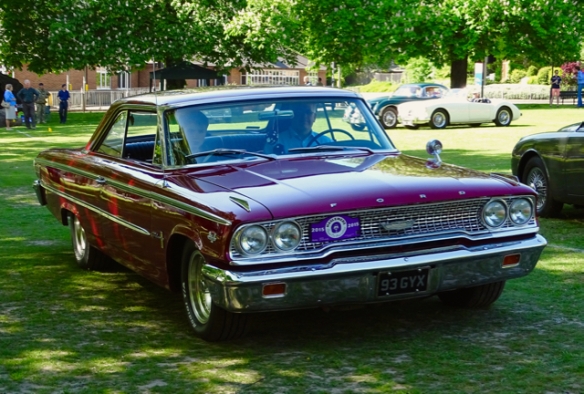 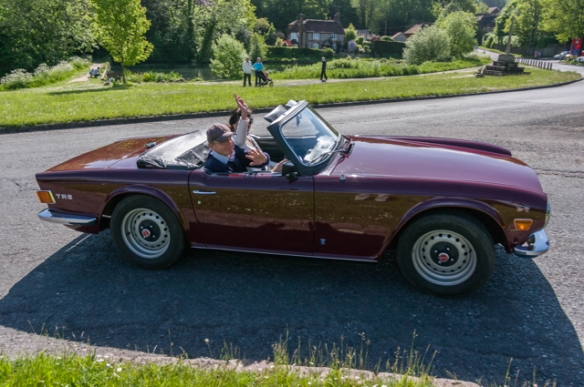 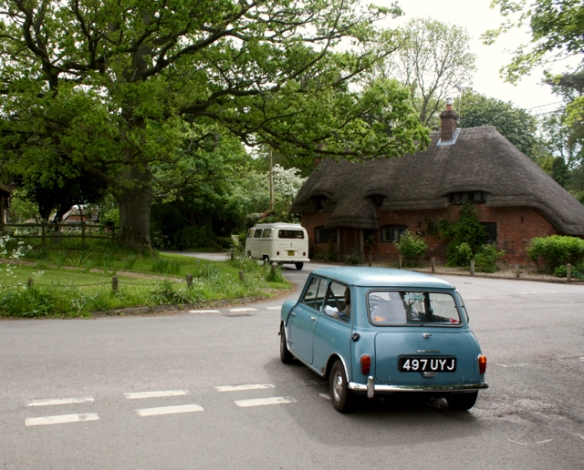 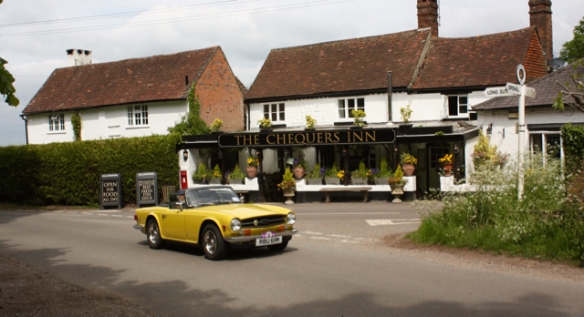 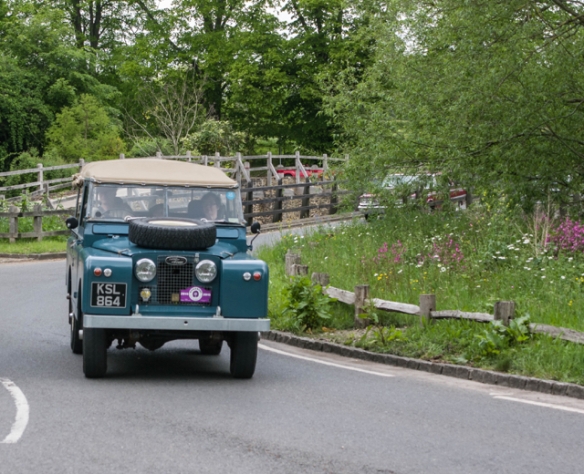 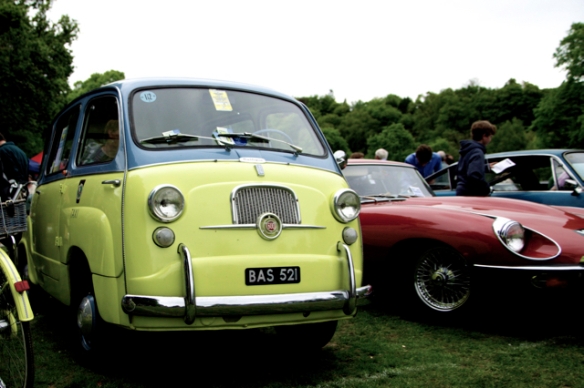 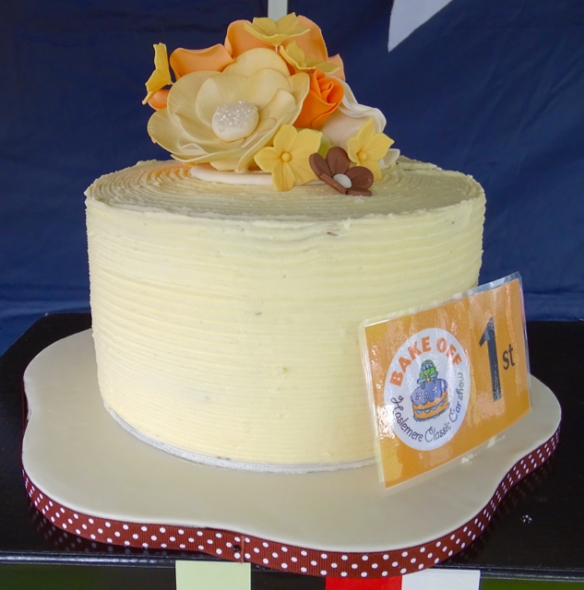 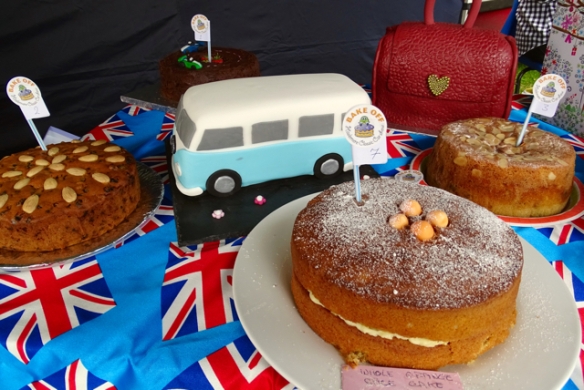 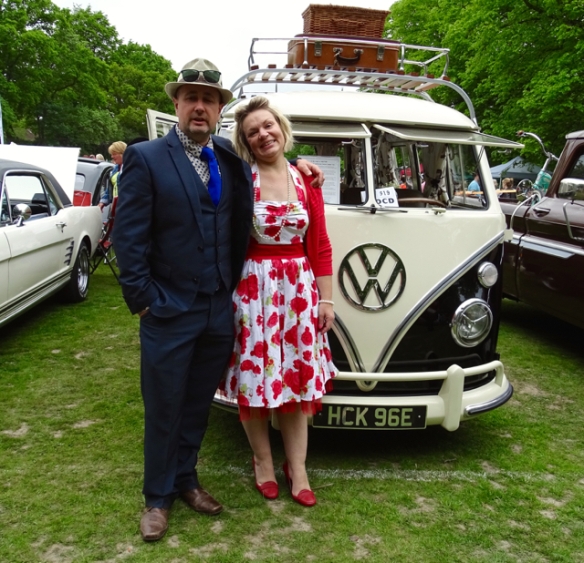 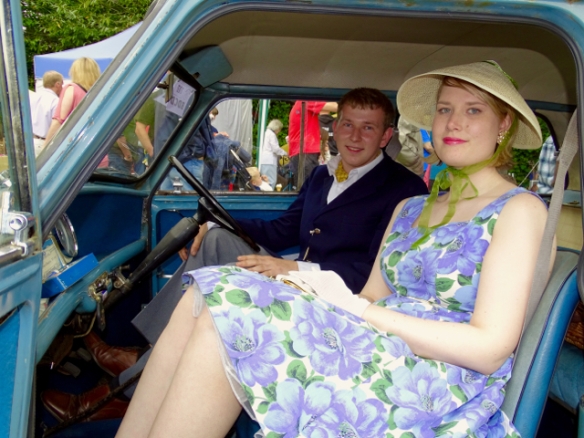 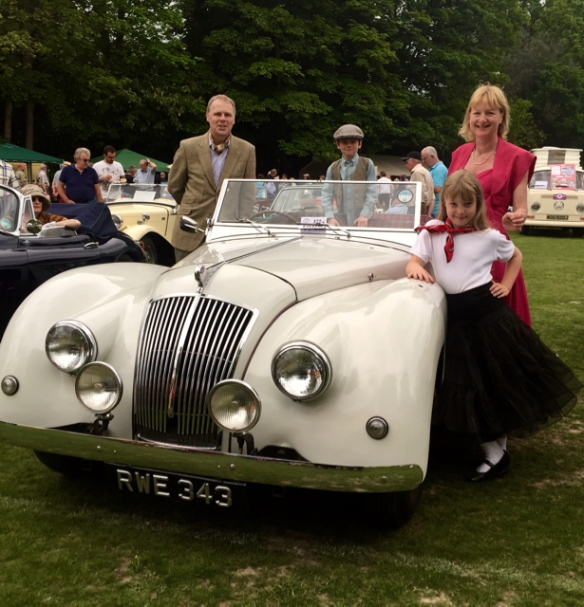 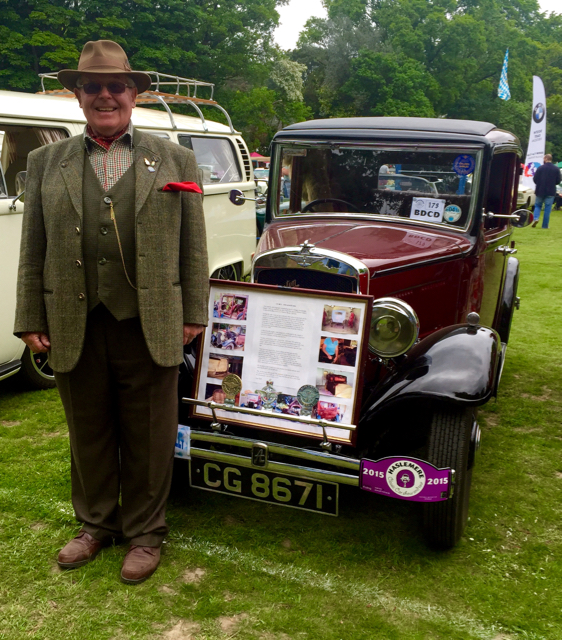 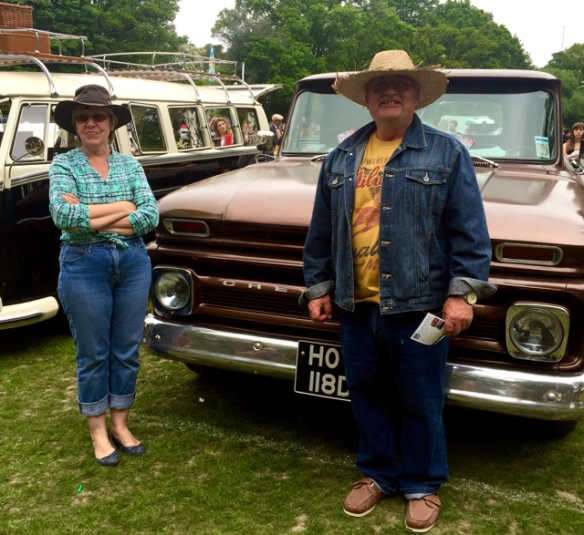 Josh Beagle who navigated one of our entrants Aaron Brown made this great Vlog which gives a superb view of the day.