Although we have to work hard we do get to have some time off and see some of what’s going on at the Goodwood Revival. Here’s a snap shot of what we got to see…

We took Mario along to see our old friends at Kenwood, they generously supported the Haslemere Classic Car Show earlier in the year and had a great set up at the Revival with a period style sitting room and Kitchen. They also had a photographer on hand who took these great images, you can tell Jane was missing her Kenwood Chef from home! 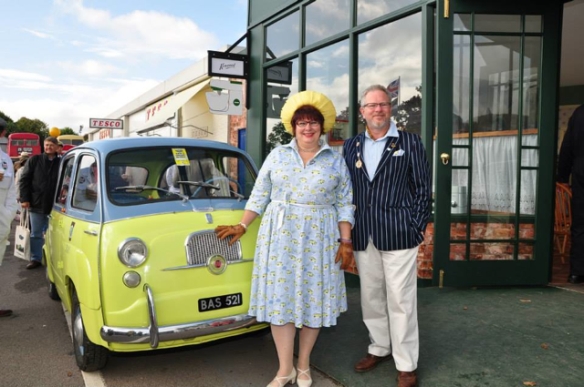 We then had a wander through the paddock, the only real chance we got to see the fabulous racing machinery on display. 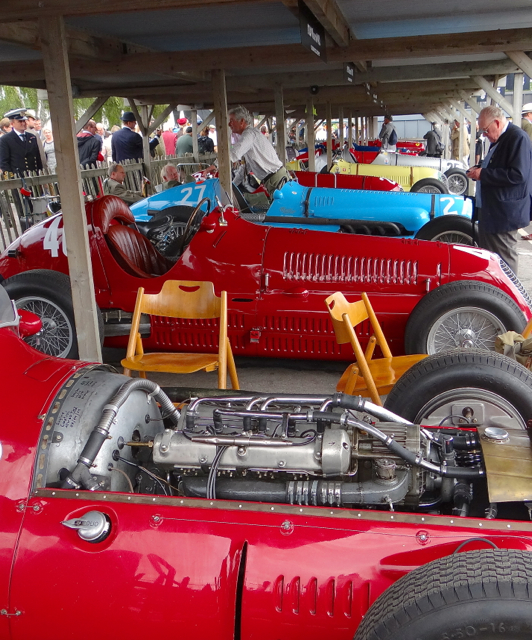 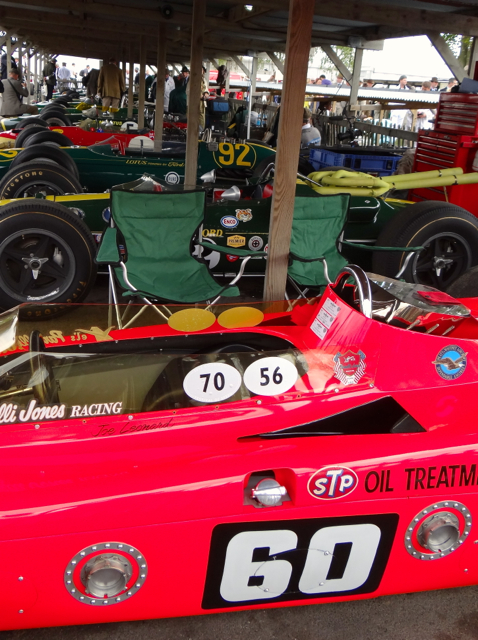 This year Goodwood were celebrating 50 years of the Ford GT40 with a series of demonstrations, The Whitsun Trophy dedicated race and a special GT40 pit area. 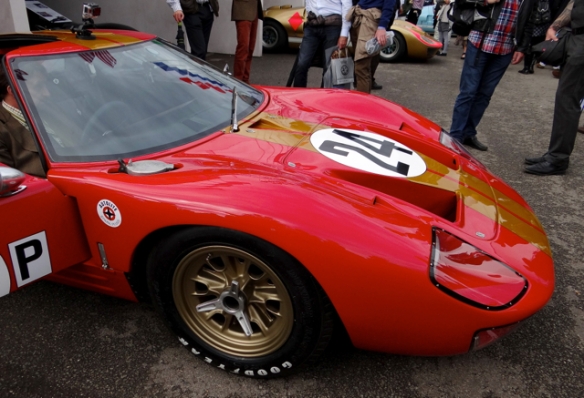 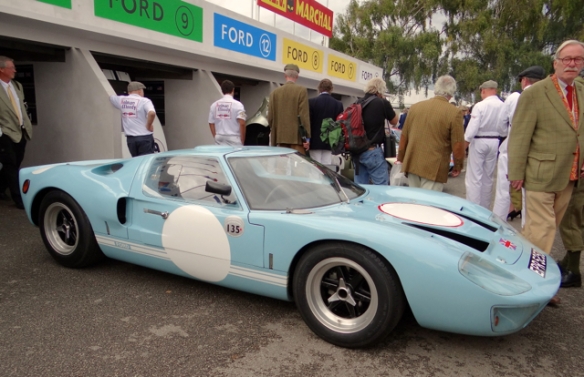 Following on from the re-inactment of the Great Train Robbery which James took part in at press day earlier in the year, they had an actual Royal Mail train carriage on site with actors creating set pieces throughout the weekend.

This year the air displays were a little muted due to the weather conditions, however the English Electric Canberra PR9, the RAF’s first jet bomber introduced in May 1951 made an impressive sight and sound.

Friday evening was supposed to see the 90 minute Freddie March Memorial Trophy race into the setting sun, unfortunately the weather had other ideas and the rain started lashing down. The race was eventually stopped early after several incidents and safety car periods. Cars such as Jaguar C-types, Aston Martin DB3’s and Frazer Nash Le Mans Replica’s still made an impressive sight in the dark, headlamps reflecting in the standing water.

Saturday morning started in beautiful sunshine, we had to pick up Jochen Mass’ party outfit from the Revival Village and deliver it to the hotel so we stopped off at Tesco’s on route for a couple of period style pics. 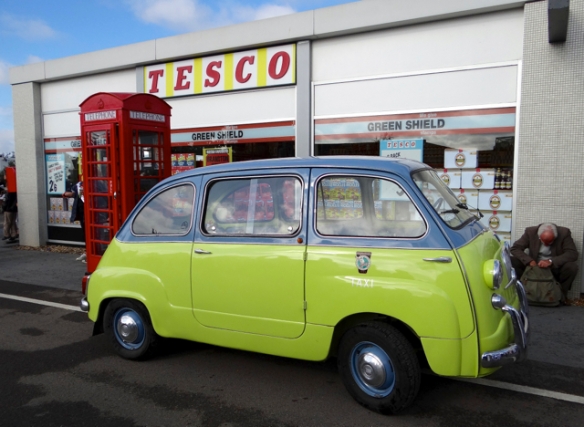 After the taxi’s stopped on Saturday evening we took advantage of the lovely evening to have another look round the infield area. I love the revival like this when the public have gone home and everything is peaceful, the silence just broken by the Spitfire swooping in for the party display, the setting sun glinting off the bodywork. 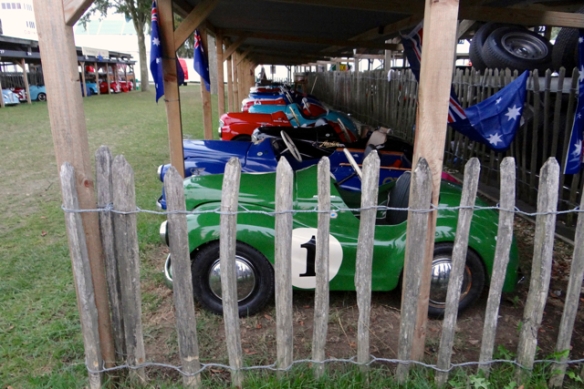 This year the ViP’s and drivers entering the drivers club were greeted with Everest base camp. Celebrating the 60th anniversary of Sir Edmund Hillary and Tenzing Norgay conquering the summit of Everest. I’m not sure what the team used to create the snow but weirdly it felt cold standing there. 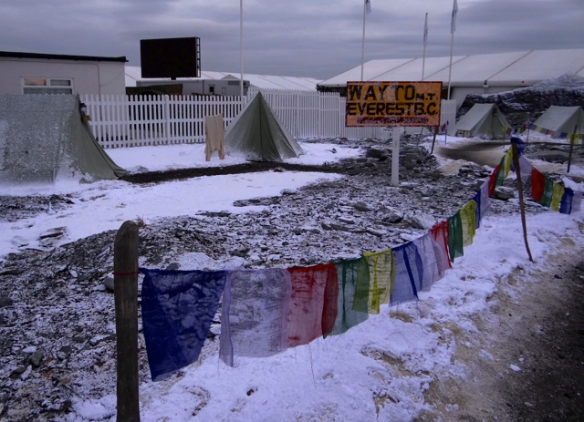 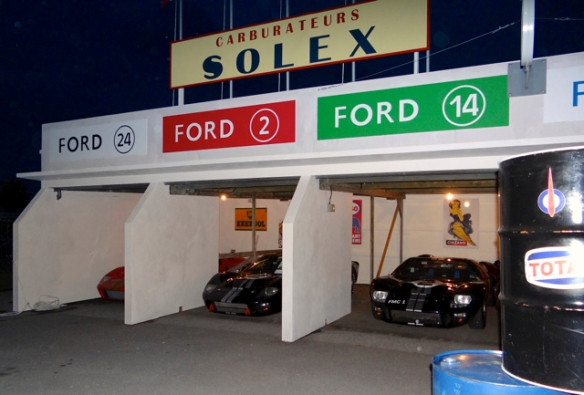 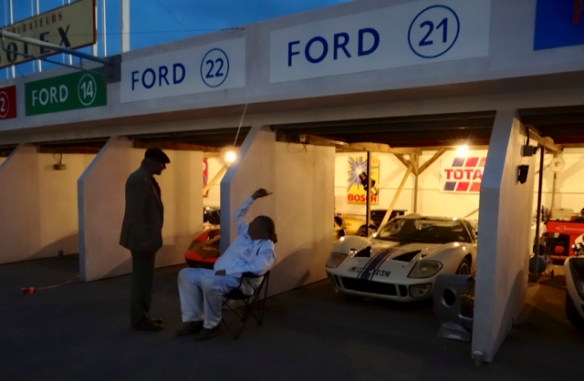 Sunday was too busy and then too wet to see much but managed to catch the Junkers Ju 52/3m. This WW2 transport plane seems so slow in the air that it really shouldn’t stay up there.

We finished the weekend late on Sunday with our only visit to ‘Over the Road’, we managed to catch the final performances of ‘Black Elvis’ and Mr B – the gentleman rhymer. A great but rather drunken atmosphere in the marquee, if rather surreal with Land girls, sailors, 50’s girls and gentlemen in damp tweed all dancing the conga, all in all the perfect end to a weekend back in time.

2 thoughts on “Time off at the Goodwood Revival…”